Game Freak breaks down the 1,000 person team that helped make Pokemon Sword and Shield a reality 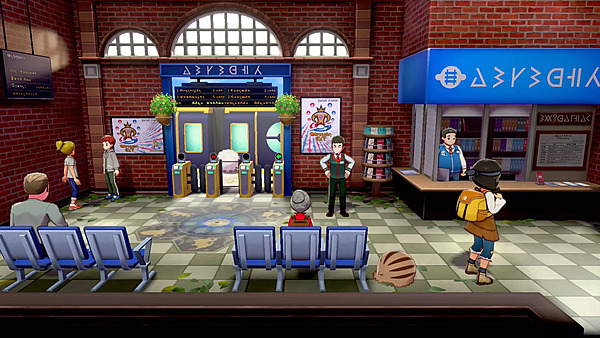 Not that long ago, Game Freak made a statement about the size of the team working on Pokemon Sword and Shield. All in all, they said roughly 1,000 people are involved with getting the game out the door. In an interview with Polygon, Game Freak's Shigeru Ohmori and Junichi Masuda explained how they arrived at that number.

Ohmori: So, yeah. The number being close to a thousand, that of course includes all the different functions like marketing and PR and everyone that would be associated with the game ahead of release. But I think at Game Freak, really the core team of people that worked on the game was around 200 people. And of course, Creatures is another partner company that develops 3D models of the Pokémon. There are various teams that handle debugging at our partner companies as well. So there’s a lot of people involved and I think in terms of just the sheer number of the most resources required to make something happen for the development, it was definitely more on the graphical side of things. Like I mentioned, Creatures was involved with creating the models, but even at Game Freak, with the increased power of the Switch, we tried to make richer, more expressive visuals. We definitely needed more people this time around. […

I mean, there’s more than a hundred people who worked on debugging the game, the testing and all of that. And Creatures, they probably have a hundred people working on 3D models and everything. Now that we’re on the Switch, there’s the graphical stuff but also creating the data for the various systems in the game and everything. It just requires a lot of people to be involved.

Masuda: Really this time, a lot of the network features and server-side stuff and new communication features put into the game required a lot more people working on the debug side of things than before.

Polygon: So overall, how much bigger would you say, roughly speaking, this project was compared to previous games?

Masuda: It’s hard to give a really clear answer but I’d say maybe 1.5 times the number of people as a general estimate.

Ohmori: That’s more of just kind of speaking from feeling, though, not any kind of specific number.