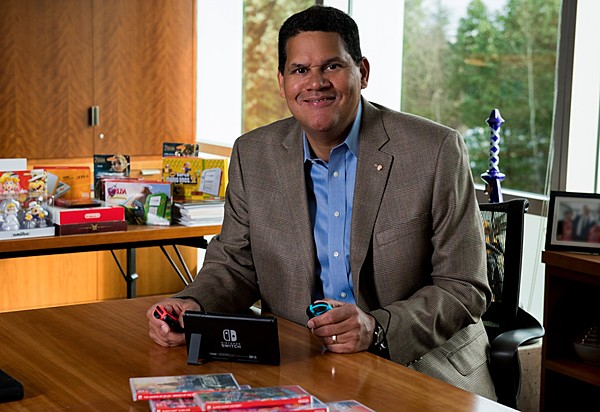 The former President of Nintendo of America, Reggie Fils-Aime, shall receive the Andrew Yoon Legend Award at the 9th annual New York Game Awards. This award is given to individuals that "exhibit a significant, sustained body of work that shows exceptional achievement and innovation." In response to this noteworthy achievement, Reggie Fils-Aime provided the following statement:

It’s an honor to be recognized by the New York Game Awards for my work in an industry that I’ve committed so many years to. But, it’s not just about the time I’ve committed to the gaming industry and specifically to Nintendo, it’s about the people along the way I’ve had the opportunity to lead, influence and inspire. Receiving this honor is a great reminder that my goal of being (and remaining) a strategic and leading force in the industry is recognized by my peers.

Reggie will be set to collect the award on January 21, 2020 at the SVA Theatre in Manhattan.

'...on the condition he tells us why he didn't greenlight Mother 3.'

'...on the condition he tells us why he didn't greenlight Mother 3.'

He's going through the best retirement I've ever heard of

The man deserves it. I hope Doug will be just as good as him in the long run.