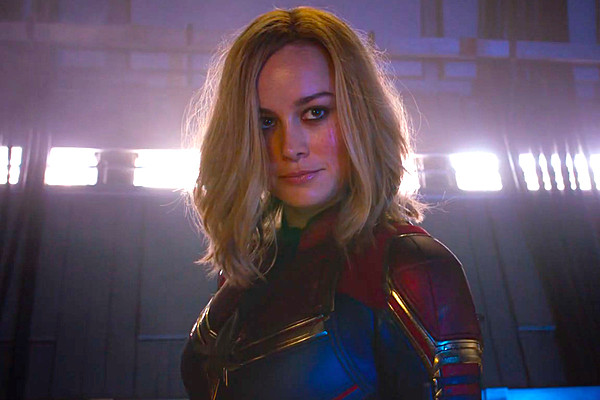 Brie Larson, the actress who took on the role of Captain Marvel in...Captain Marvel, is apparently a big Nintendo fan. We're not talking about a passing fancy either. Larson has been sharing her love of Nintendo on Twitter recently, which is tied into her excitement for Luigi's Mansion 3.

Nintendo caught wind of Brie's comments, and none other than Doug Bowser reached out to talk to Brie. Turns out Larson knows who Doug is, and took the chance to share her Nintendo fan status in a response.

Um you’re Doug Bowser and now I’m nervous and um I love Nintendo and Luigi is my favorite character and thank you very much for everything omg!!!!!!!! 🤯

Pretty damn cool to see Captain Marvel geeking out over Nintendo just like the rest of us!

Brie Larson continues to be great, I stan.

Brie Larson continues to be great, I stan.

No one truly likes Luigi. People only humor Luigi. Deep down, we all know that.

You're a monster. How could you not love Luigi.

His year was cruel and its' winter cold. Luigi offered no soft embrace that year, only death.

Also Luigi has had better games than Mario has on 2 different systems.

I could grant you LM>SMS, but no way on LM3>SMO.

Also you ignore SM3DL > LM2 and SMG1+2, but that would be fair to Luigi. He deserves to be overshadowed.

She's so adorbs lol. And that makes total sense that she'd love Luigi so much. She's pretty shy and nervous like him.

The song cover (Black Sheep) she did for Scott Pilgrim Vs. the World is like my favorite song and is the biggest reason why I like her lol