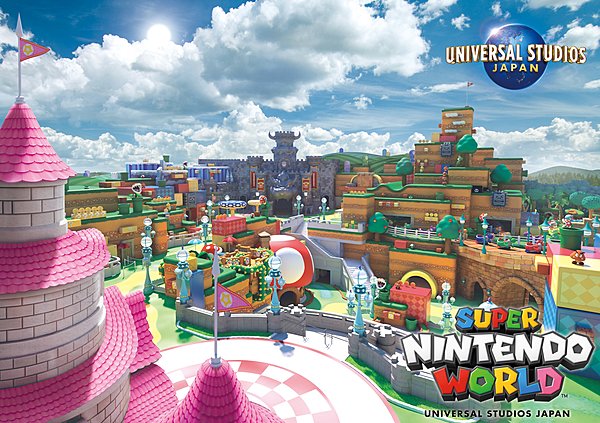 While not hugely different from previous depictions, a new key visual for Universal Studios Japan's Super Nintendo World has been released. It gives us a more detailed look at the planned layout for the park, which is looking pretty damn spiffy. With construction underway for quite some time now, hopefully we get a rough run-through of at least part of the setup soon.

This image was released alongside some proposed tidbits about the park. A study from Kansai University report says the opening of Super Nintendo World will help to contribute 6.2 trillion yen to the Kinki region economy, 11.7 trillion yen to Japanese economy, and employ 1.08 million people.