Nintendo announces 'Cyber Deals', Switch and 3DS eShop offers up to 50% off, available until December 4th, 2019 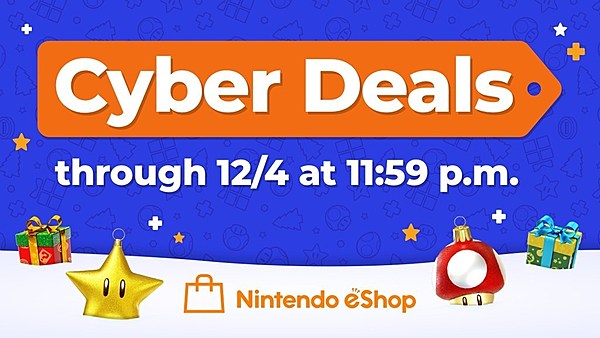 'Tis the season for holiday sales! Nintendo has just launched their 2019 Cyber Deals, and the eShop prices are looking pretty grand. 72 games (Nintendo Switch and 3DS) are included in this sale, and they'll all be available at a reduced price until December 4th. Super Mario Party, Breath of the Wild, Fire Emblem Warriors, Xenoblade Chronicles 2, Mario Tennis Aces, and New Super Mario Bros. U Deluxe are all available for $41.99 (usually $59.99). For a full list of games on sale, including even more Nintendo published titles and plenty of 3rd party releases, check out Nintendo's Cyber Deals website!

UPDATE: Over 1000 games are on sale according to the Nintendo.com list of games. Check out the full list of cyber deals here! (keep in mind that some of these deals won't last until December 4th. Only 72 games are apart of Nintendo's official "Cyber Deals".)

No Mario Kart? Come on Nintendo, I'm not paying full price for a game that came out in 2014.