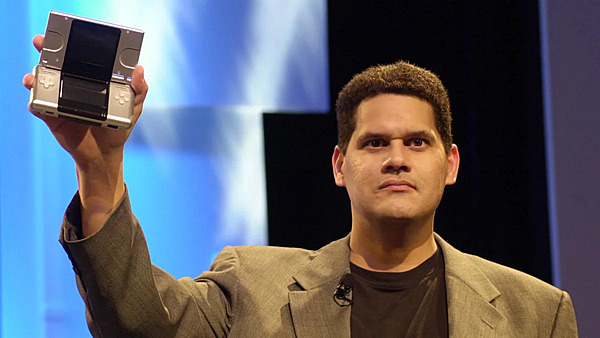 The Wii and DS remain the brightest spots in Nintendo's hardware history. Absolutely phenomenal successes by any measure, both platforms made their way into millions upon millions of homes. In an interview with GameDaily, Reggie Fils-Aime talked about the decisions at Nintendo that lead to the creation of those platforms.

“... with the Wii, it's tough for people to remember, but back in the early 2000s, only about one out of every three people played video games. Also back then, the industry was stagnant and in key markets like Europe and Japan, software sales were actually in decline,” Reggie continued. “And you know, clearly the company thought deeply about this. And to be clear, the thinking happened before I joined the company. The company saw the stagnation of the industry as a result of too much complexity, too many sequels. [They saw] the same general game, but now it's version five or six, the lack of innovation and the lack of fun.

That was their diagnosis. Competing companies saw the answer in more horsepower and more accurate visual representation. And you can clearly see the divergence in the Nintendo DS, for example, versus the PlayStation Portable. You can see divergence and strategy in the Wii, versus what Sony and Microsoft executed in their machines. And so absolutely, intellectual curiosity, asking tough questions to get at the heart of a business problem and proposing solutions that are based on what the issues are versus what your belief set is, is clearly something that the company has done well.”

I don't know about what everyone thinks here but Nintendo is responsible for making games the way they are now by making them approachable to all ages.

Had it not been for them, gaming would have been completely different.