Wario and King Knight would get along well
by rawmeatcowboy
06 December 2019
GoNintendoGN Version 5.0 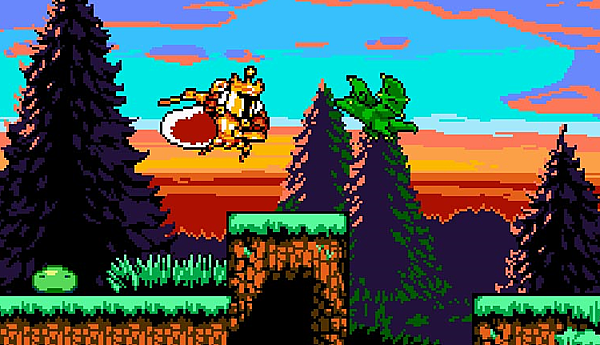 Shovel Knight has certainly taken a ton of inspiration from the classic 8 and 16-bit franchises out there, and with each new bit of DLC, we see a bit more of that inspiration seep through. That tradition continues on with the upcoming King of Cards DLC. In an interview with GamesBeat, Yacht Club talks about their inspiration for King Knight's gameplay mechanics.

There’s obvious similarities to Wario, with the shoulder tackle. King Knight has a shoulder bash that’s a similar move. We thought about how Wario is a big guy that throws his weight around. We wanted King Knight to feel like a big guy who throws his weight around. He loves treasure, he’s kind of greedy. He’s sort of Wario-ish. At least that part, we were a bit initially inspired by Wario. But after that we just started iterating on the mobility of the King Knight. The mobility went through so many changes for us to get it right. As a result, I think it feels really unique. You can have more grace in this mobility even than you can with Specter Knight. It’s a bit more free-form, like Plague Knight’s gameplay. You can bash and spin around do a lot of acrobatic-looking moves. It’s really cool.