Cardpocalypse devs explain why their card-battling game doesn't have multiplayer 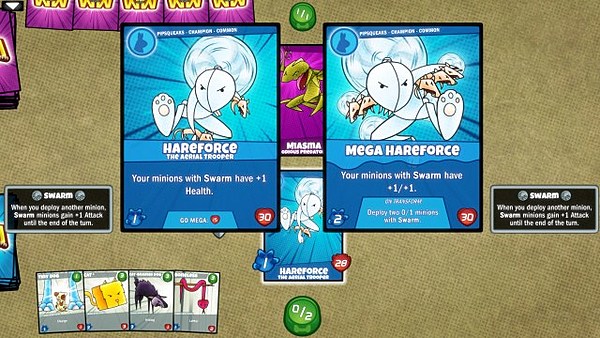 When you think of card-battling games, you instantly think of multiplayer. You and a real-life opponent going head-to-head with your stacked decks. Unfortunately, that's not an option in Cardpocalypse. Wondering why the dev team skipped over what many would expect to be a main feature? The developers explain in an interview with TheXboxHub.

We knew from the outset that we were making a single player experience. It’s what freed us up to hand over some of the decisions on card changes and rule choices to the player. Some of the most fun ways the game’s rules can be evolved during a playthrough would make for a very unbalanced multiplayer game. That said we did have the discussion a number of times throughout development and explored how a multiplayer variation might work, never say never, but our focus here was on creating a super enjoyable single player experience.