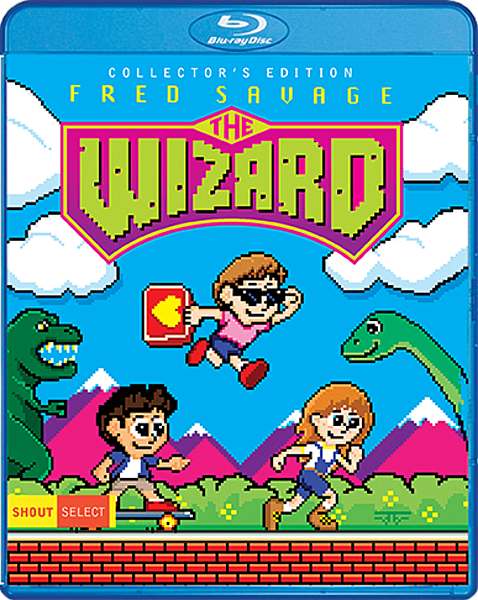 We found out The Wizard was getting a 30th anniversary Blu-ray release a few weeks back, and now we have some new tidbits to share, starting with the cover art seen above. The Blu-ray, set for release on March 24th, 2020, is going to pack in two discs with all sorts of features. Check out the complete rundown below.

"Great acting, a touching story, and a bonafide look at how Nintendo ruled the world ... The Wizard is still a solid and entertaining road film that is never cloying or abundantly sweet." – Cinema Crazed

Haunted by a family tragedy, and desperate to get to California for some unknown reason, young Jimmy Woods (Luke Edwards, Newsies) flees with his conniving brother, Corey (Fred Savage, The Wonder Years). Along the way, they encounter Haley (Jenny Lewis of Rilo Kiley), a street-smart teen on her way to Reno. Together, they make their way to California, pursued by a sinister bounty hunter, as well as the boys' father (Beau Bridges, The Fabulous Baker Boys) and brother (Christian Slater, Kuffs). Meanwhile, their ticket to California just might be found in Jimmy's hidden talent: video games!

NEW “The Road to Cali-forn-ia” – A Look Back At The Wizard Including Brand-New Interviews With Todd Holland, Stars Fred Savage And Luke Edwards, Writer/Producer David Chisholm; Producer Ken Topolsky; And More!
NEW “How Can I Help You? Confessions of a Game Play Counselor”
NEW “A Clinical Analysis of The Wizard”
Post Screening Q&A From Let’s Play Gaming Expo 2019 With Luke Edwards, David Chisholm, And Ken Topolsky
Photo Gallery

4K transfer? On a BluRay? Why even bother? It would make sense if they released it on a 4K ultra HD BluRay disk.

I wonder if Super Mario Bros 3 would have performed better had it not been for the movie.

You believe the movie hurt the performance of Super Mario Bros 3?????

This cover art bothers me so greatly with the inconsistent pixel sizes.

Yeah, they probably think it appeals to retro fans, but that pixel art is trash. They hired a complete amateur.