This ride is going to make me cry tears of joy
by rawmeatcowboy
23 December 2019
GoNintendoGN Version 5.0 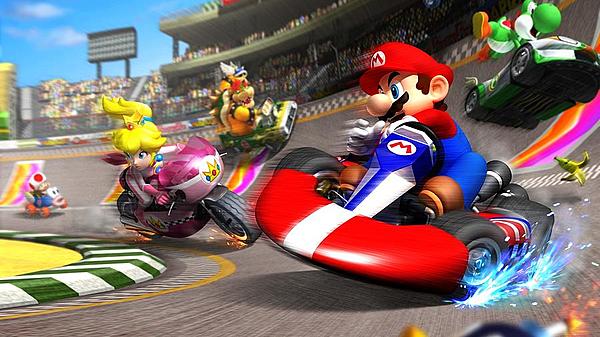 The gang over at Orlando Park Stop have come up with a massive round of rumored info on the upcoming Mario Kart ride at Super Nintendo World. Obviously Nintendo and Universal aren't ready to talk about the details publicly, so we'll have to take this info with a grain of salt. With that said, let's hope this info is spot-on, because the ride sounds amazing!

- being touted as “the most immersive and cutting edge technological attraction” Universal has ever created
- will feature two tracks that run side by side, so it’ll feel like you’re racing the other kart
- ride karts will get their power from the track itself
- riders will pass through several different settings during the ride, all based on tracks from the series
- there will be a Rainbow Road section
- other characters in different karts will drive up beside you
- the ride will focus heavily on real sets and physical characters to tell a story
- screen-type elements will be used for backgrounds, effects, or transitional tunnels between scenes
- the exterior facade for the Mario Kart ride will be themed like Bowser’s Castle
- the entrance to the ride will be located on the second level of the two-level land
- a gift shop will be located to the right of the main entrance, themed like a mechanic’s shop
- this location will feature Mario carrying a tire on the sign
- once you enter the queue, you will be inside a large castle hall with a stairwell that branches in a few directions
- there will be the main standby line, an Express line, and a single rider line.
- all of the queue is located on the second level of the building, leaving the entire lower level for the ride
- the queue will feature different areas of Bowser’s Castle, including a portrait gallery, library, courtyard, and more
- there will also be a training area with trophy displays
- this area will likely be set apart from the darker Bowser Castle zones, and will show riders how to use AR goggles
- at the end of the queue, you'll make your way into the dungeon of Bowser’s Castle
- the load area is split into two sides, with each of the two sides having space for 4 karts to be parked and ready to load
- each car will hold 4 passengers, two in the front and two in the back
- scene-by-scene breakdown for the ride:

After loading into our kart, we turn away from load, and then straighten out, right next to our competitor on the other track.

Now we are side by side with the other car on the opposite track. Ahead of us is the drawbridge to leave the castle grounds. The lights light up, the buzzer sounds, and we’re off!

As we leave the castle grounds we see turrets and mechanical gears while we make our way out, towards a pipe entry.

We enter the pipe into an area filled with piranha plants and green pipes. Some of the pipes have water pouring out of them, like in a sewer. We exit the scene through another pipe tunnel.

We have found our way underwater, with coral and undersea life all around us.

Looks like we’re caught in a whirlpool that takes us out of the water.

The whirlpool spit us out into a strange mansion filled with chandeliers, spooky antiques, and some shady characters.

A transitional tunnel sweeps us up into the sky where we travel through clouds, and pass by rotating propellers.

Just as we reach the ground we’re surrounded by a series of volcanoes, and we’re heading towards a massive one up ahead.

Projection mapped lava can be seen flowing down the giant volcano as we enter below it, passing through the liquid hot magma inside.

It appears that the volcano has spit us out into outer space!? We see an archway to enter the Rainbow Road up ahead, which twists and turns and swirls in every direction all around us.

We’re almost to the finish line!

Compare your scores against the other car to see who came in first!