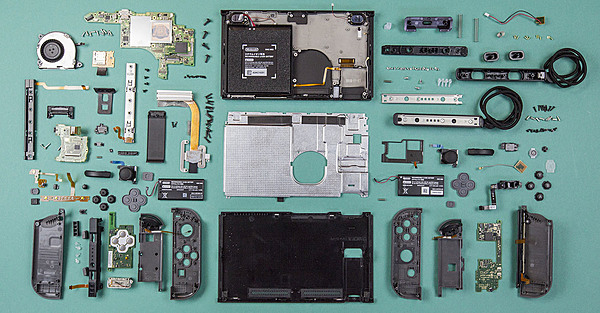 Here we are at the start of 2020 and we already have our first big rumor of the year. The Digitimes supposedly has inside information on a Switch revamp that is set to launch this year. Their sources claim that a Switch with a better CPU and magnesium alloy body will see release sometime in mid-2020.

This rumor goes hand-in-hand with the original rumor of two different versions of the Switch being in the works. We saw one of those come true with the Switch Lite, so this second release would be the beefed-up Switch that speculation has been swirling around ever since. All we can do now is sit back and see how the rumor plays out!

Assuming this does come to pass, I can think of a piece of software that was intended to launch alongside of it but won't.

Can you elaborate ont that? Even if it doesn't happen, I still like reading about potential software, it's always interesting to read about what could have been.

I'm just spit-balling (i.e., guessing) based on what has been presented so far in public. I have no inside information whatsoever.

I was talking about Metroid Prime 4.

I really want this to be true. I hope it's not like the DSi or new 3DS systems either where it's only minor. I don't need it to be lightyears ahead of what we have now but something significant to where it is noticeable to most games would be so nice and get so many people to shut up.

Better build quality, 60FPS support for games like Doom and such so we don't get jank ports anymore, and that's basically it. I'd hope for a few huge exclusives too but the New 3DS line was ruined by having almost nothing new or significant, likely because people complained about wanting everything available on the older models too, so I'm betting Nintendo will run away from that again.

Such a shame as some of the 3DS titles could have benefited from being made with N3DS only instead of "enhanced", but all we got on the exclusive side were a bunch of bad unity games on the eShop, and SNES VC games that were done to death elsewhere.

The "Pro" is a given by now and it's nice they are throwing in a better CPU/GPU and all, but please give it more RAM! At least bring 6GB but rather a minimum of 8GB. And, of course, way more internal storage. Also, make it easy for us to transfer our data from the old to the new version and let us use our old joy cons, docking station etc. All this (apart from the 8GB RAM perhaps) should be the logical next step.

Now the exclusives issue (yeah, Socar, I'll get back to ya): Why not? If Nintendo let developers choose to do it then let them for all I care. Of course, this would spawn several angry gamers, but maybe worth it? I kinda have to see it. We wont be getting PS5/NextBox ports anyway I guess.

So when is this rumoured Direct supposed to be? Or was that rumour not specific enough?

Just because Nintendo let's the developers do the choice thing doesn't mean that it would be effective.

There is a reason why people were satisfied with the PS4 pro and that it didn't have any games exclusive to the pro.

The nw3ds suffered from being released way too late to the point that having to buy exclusives at the point was pointless as there are already a lot of games that were used to the older models so why ruin that for that sake. Not to mention that the branding was already too confusing for that matter..like seriously, NEW 3ds? And that new logo was ripped right out of the amiibo logo too.

But they sold well anyways because of the quality of life improvements alone so that helps. If they are to make a pro, I hope they play it safe so that they don't get flak and gamers can be happy with their models.

If it didn't work for N3DS does not mean it wont for the Switch. As said, times have changed since that. But it will be interesting to see in any case. Like a fun chess game between the three =)

Why would Nintendo release a way too powerful version of its console? They may do that when Switch sales are going down.

I bet is something minor like running at 1080p in portable or bigger storage.

"Why would Nintendo release a way too powerful version of its console?"

Because the PS5 and NextBox are coming and Nintendo don't want to loose all 3rd party support.

And maybe there's a market for it?

"I bet is something minor like running at 1080p in portable or bigger storage."

Would need an 1080p screen then

Could be a main feature. But then they should do something for us who play mosty in docked mode too, not? That would be more beef or something.

It's Nintendo, so we'll just have to wait and see, but it is fun to speculate. Specially now with this rumour and the "pro", whatever it is, being inevitable.

If it's just a better CPU, will resolution/framerate etc be affected? I thought the GPU did that. Would a better CPU improve loading times? Hopefully they mean the Tegra chip will be upgraded across the board, including the GPU component.

Digital Foundry laid out the potential of Switch having a CPU boost pretty well (unrelated to this news).
https://youtu.be/a-XR64QHOmE
Results start about 3:50

As long as the CPU isn't overburdened, yes the GPU handles resolution and frame rate, basically how a game looks. But when the CPU is overburdened, it will cause slowdown (uncommon these days, and often misused as a term) or skipped frames. Resolutions wouldn't necessarily be better because of a stronger CPU, though.

A better CPU would allow for better loading performance, as long as the data can transfer from the game cards, internal storage, or SD cards fast enough, and it's almost certain that it will (cheaper SD cards can be too slow, though).

EDIT: I forgot that they touch on memory (RAM) and memory bandwidth constraints. For the sake of helping keep up with multiplatform releases for the first years of Series X and PS5, I hope Nintendo are improving these as well.

Why did you bother to link to Resetera when its just a page talking about the same page that you also linked?

Everytime Switch hits a sales milestones, these dumb "switch pro" rumors start to pop out. It's nothing but pure FUD and you people know it.