Yet another retailer adds a listing for Saints Row IV: Re-Elected on Switch 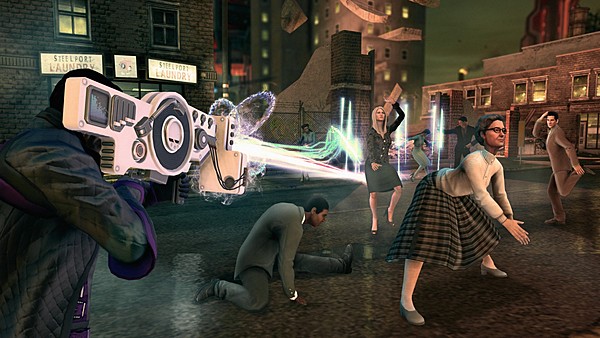 A number of months ago, a retailer added a listing to their site for Saints Row IV: Re-Elected on Switch. Nothing ever came of it, but some have been holding onto the hope that it was the real deal. Now we have a bit more evidence pointing to that original listing being the real deal.

French retailer Cultura had listed the game for Switch release recently, but that listing was yanked shortly thereafter. That retailer listing included an EAN product number that matches up with a listing for the game on a French distributor's site, although that site shows the game as releasing on PS4. That doesn't make much sense though, considering how the game has been available on that platform.

With all the talk of a rumored Nintendo Direct, it seems far too convenient that this listing resurfaced. Hopefully that Direct does come through and we find out once and for all if this is the real deal.

I hope they don't launch a version of the game that desperately needs a patch. The input lag and the framerate was pretty awful on Saints Row 3. I also hope they don't drop the multi system local co-op feature.

Saints Row 3 on Switch really was a farted out crappy port. Did they even get it running properly post patches? As much as I love these games I’m not going to flush away money to find out.