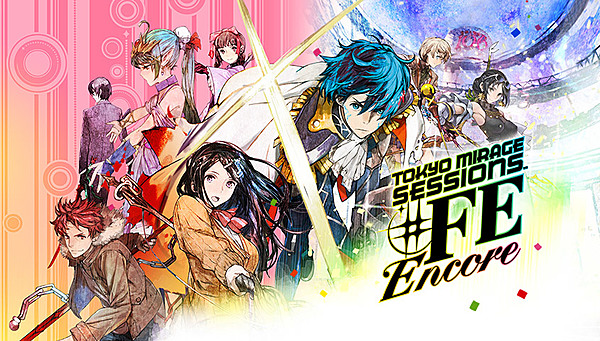 This expanded edition includes all paid DLC from the Wii U version of the game, plus new dungeons to explore, new battle elements, new character stories, including an EX Story starring Tsubasa and Kiria, and a new music video featuring the song, “She is…” Whether players are picking up the game for the first time or returning to explore all the new content, Tokyo Mirage Sessions #FE Encore delivers a beautiful barrage of music, style and danger.

Tokyo Mirage Sessions #FE Encore has added even more content celebrating beloved characters from both the Fire Emblem series and ATLUS games. This time, Tiki of the divine dragon clan can join the battle during session attacks (as well as Maiko and Barry too!), and players can also customize their roster of characters with a range of new costumes.

Tokyo Mirage Sessions #FE Encore is now available to purchase, both physically in stores and digitally in Nintendo eShop and on Nintendo.com, at a suggested retail price of $59.99.

Yeah, yeah, yeah.. Just DLC the censored parts into the game already and it might sell well.

Come on. You know full well that ain't gonna happen and even then, the game would bomb.

It would at least have a chance in Japan without the censorahip. Like it or not.

If it didn't do much on Wii u, then it would not do so much here either.

The difference is that the Switch has already sold way more than the WiiU and tus has a bigger span of gamers. And that's also the reason there are so amny Wii U ports on Switch: to sell the games that didn't back then.

So yes, the game would sell way better in Japan if they had just release the uncensored version.,

So then explain why radiant Dawn bombed then? It was released on a console that sold well so why did it flop?

Ajust because its on a console that sells well doesn't mean it will do well.

I said it would sell better on the Switch than on the WiiU because of a bigger market. Also saying that's exactly why the Switch gets so many WiiU ports. To sell those games that didnt sell enough because of a failing console.

It is also a very Japanese game made for that market. BUT the WiiU had the original version in Japan.

So if they would have kept the original version for Japan for a console that has a huge market compared to the U, it would probably have sold somewhat better. But only 10000 copies shows that not even the publisher as much hope for this one.

And it's not even only about cosmetics with this censorship. It actually ruins a part of the point in the story. And THAT is a big no-no.

By the way, you aren't trying so hard to troll my posts lately as usually, Socar. Getting tired?

There are so many Switch games that have that Japanese like and still don't sell well.

Having the uncensored version on Switch would not do as much as you think it would because the game is not what the large audience wants.

So it would still bomb even so. Just look at Valkyria Chronicles 4. A game that even outside of Switch had bombed so hard and hardly had any censorship.

We can agree to disagree. That's A OK. I am convinced it will sell better on the Switch than on the U because of a larger user base, but wold have sold even better if it was the original game.

Unless they actually do DLC the original parts into the game, which probably wont happen, we'll never know.