Shakedown: Hawaii gets a Wii U ESRB rating 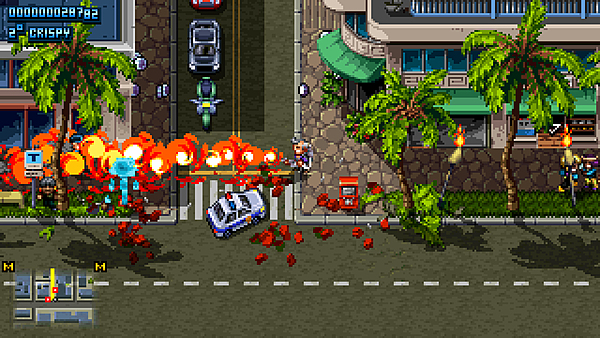 In recent weeks, it seems like a number of developers are out to make a name for themselves as the creator who released the last game for Wii U. We thought it was going to be the person behind Regina & Mac, but now it looks like Vblank is going to earn that record. A Wii U ESRB rating for Shakedown: Hawaii has just popped up, which means the game should be hitting Wii U in the near future!

And when all is said and done, Ubisoft will churn out one last Just Dance game, just to troll everyone.

I knew this man was crazy enough to do it. Mad respect to the team if this happens.

Had they at one point promised a WiiU version? I don't see any point in doing this, other than to make "the last WiiU game".

That's surprising that he'd take the time and money to do this considering he kept giving excuses for why he wouldn't put Retro City Rampage on Wii U. He'd say that because Wii U is backwards compatible with Wii you can just buy RCR on WiiWare, but by the time it released in 2013 nobody was still buying WiiWare games (and it isn't possible to do so anymore regardless), so he never made a dime off of it because of Nintendo's restrictions.