Captain Tsubasa: Rise of New Champions was originally going to be localized for just Latin America 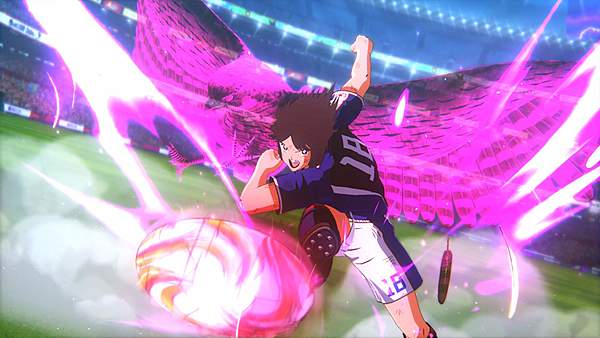 When Bandai Namco started work on Captain Tsubasa: Rise of New Champions, they had plans to release it in two regions. The game would get a release in Japan, and then a localization for Latin America. The move for Latin America was due to soccer's immense popularity in the region. What made Bandai Namco decide to expand the game's reach to North America? Bandai Namco director of brand marketing Dennis Lee explained in an interview with USGamer.

"When we evaluated the game, we realized that it was a really fun game. So even if they don't know Tsubasa and the characters, soccer fans and fans of arcade-style sports games can have a really good time playing it. Because of that, we decided that we couldn't just release it in Latin America."

Latin America may love football, but France is the biggest consumer of manga outside of Japan. Captain Tsubasa is also quite popular among French manga readers, and of course we love soccer too (biggest sport in the country).
I’m surprised they didn’t even consider that.

When companies say Latin America, I always wonder if they remember that in Brazil people speak Portuguese, not Spanish.

Edit: I actually know the answer to our French friend's conundrum, but since he has blocked me for some reason, I will keep it to myself

Huh, that's pretty weird, but it actually makes sense. I'm not sure if something like this has happened before? Since Latin America is pretty much treated as a subsection of the American console gaming market.

How about some Mexicn developed games? I mean, did they release the games based on El Chavo (El Chavo on Wii and El Chavo Kart on PS3/360) or Lucha Libre AAA: Héroes del Ring in the US?

Heh, it seems you're right. According to Wikipedia, El Chavo for Wii was only officially released in Mexico and Brazil. I'm pretty sure I saw it in Chilean stores at least once too, but it might've been imported.