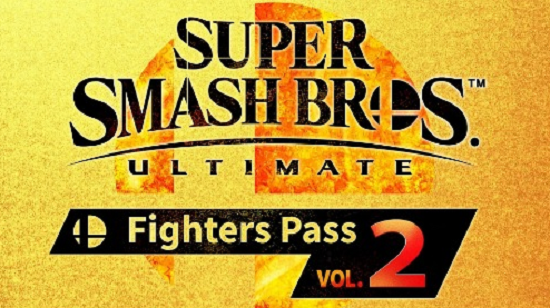 Along with the Version 7.0.0 update earlier tonight, Nintendo has also made the Smash Bros. Ultimate Fighters Pass Vol. 2 available to purchase. The Vol. 2 pass will cost you $30, and gets you six different Challenger Packs. These include a new fighter, stage, and music. The Vol. 2 pass also includes access to the Ancient Helm and Ancient Soldier Gear for the Mii Fighter.

Dear Nintendo, I hope you are enjoying all my money. It used to live in my bank but now it sleeps with you. Sometimes I miss my money but then I remember it never really loved me anyway.

Nice. I'm buying this right away.

I'll do what I always do with Nintendo DLC. I wait for the first item to properly release, then buy the pass so I don't spend money on nothing. Though for pass 1, I had to wait for a meaningful character to buy before I jumped at that... (FP2, Hero)

This time I will wait for all characters to come out before I get it. I really like 4 out of 5 characters of Pack 1, but the dripping doesn't get me to return to Smash for a substantial time, so I will try to come back for 6 new characters at once... Unless they announce Professor Layton

Dear Nintendo, I hope you are enjoying all my money. It used to live in my bank but now it sleeps with you. Sometimes I miss my money but then I remember it never really loved me anyway.

I’m buying as soon as I get paid! Plus preordering New Horizons.

I was very pleased with FIghter's Pass 1. Even though I didn't care for a few of the characters, they were all so well done and so fun to play, that it was totally worth it.

I'll wait until the first character is announced before buying this pack, though. No reason to do it now (I can live without the Mii costume).

I only cared about Byleth this time, and I'm unnecessarily preordering again! Here we go!

I just got it. I liked most of the characters last time and it keeps me coming back for smash. I also got the assassins and cuphead mini costumes. They look pretty good in game.

I won’t be prepurchasing this time around. Won’t make that mistake again. At best I’ll purchase an individual fighter if they interest me.

After the joke that was the first Fighter Pass, you're not getting anything from me until you reveal everything.

Loved the first Fighters Pass! It was a long wait for everything but I knew it would be going into it. It was an absolute steal for the amount of content that came with it! My dream characters were Banjo & Kazooie so anything else is just a pleasant bonus for me now!

The only bummer detail is that this might run all the way to December of next year!

First one is doomguy shadowdropping whenever eternal comes out.

Just like the first fighters pass I will not be buying before hand and will wait to see what is revealed. I only liked Byleth and sorta liked Banjo so 2/5 characters I liked. If fighters pass 2 is gonna be 80% 3rd party again I'll pass.

I didn't get the first pass...For some odd reason I do't know.. But am getting this one. Why not? Banjoe was a great Nintendo addition and it's a fun fighter. I have never really played a DQ game, but I dig Hero and the Yggdrasil stage is pretty good. Not a big fan of Joker, srill getting used to him as a fighter, but the P5 stage is one of my fav stages in the game... ANd I love me some good ol fighting games and am basically maining Terry... Still haven't gotten Byleth, but I sure will when my pacheck comes.

But what I truly like about these is te detail, lore and the passion they devs have put into them And if they keep that u, then this can be great fun, even if some fighters might not appeal to me that much but will for others, just ike some people didn't even know who Terry was. It's not that expensive anyway.

But damn am I excited to see what they come up with for the next round. Early summer or E3 perhaps?