MISTOVER updated to Version 1.0.6a 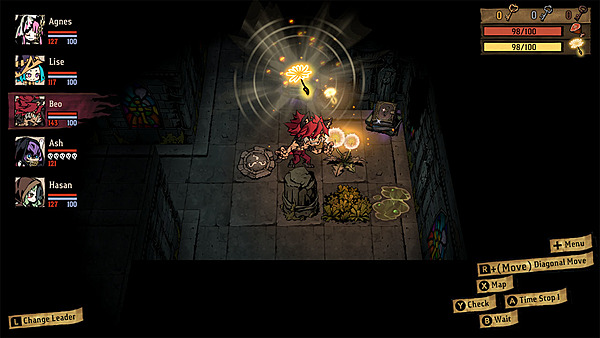 Arc System Works has updated MISTOVER to Version 1.0.6a. Check out the full patch notes for this update below.

Corp Crew’s bleeding skill damages have increased by 150%, while the bleeding effect duration applied to both Corps Crews and monsters has decreased from 3 to 2 turns.
You can now reduce the bleeding damages with blocking.
You receive the bleeding resistance for 1 turn after you successfully cure the bleeding with skills/items.
Reduced the chance of getting “Mist Contamination” jinx to the same level of other jinxes.

All Mesmerize states excluding “Bleeding” are removed when a Crew member enters Limbo.

If a Miss occurs, HIT increase buff will be given to the attacker for 1 turn. It applies to both Corps Crews and monsters.
“Stun” state will no longer remain after a battle ends or you escape a battle.

Onmyouji’s “Paper Turtle” and Paladin’s “Believe Aegis” balance adjustments.
Duration: 5 turns to 3 turns.
Skill: Provoke duration ‘3 turns’ to ‘3 turns and 3 hits’. They will have 3 turns at first, but every hit will reduce 1 turn.
Stats: Their overpowered stats have been balanced.
You can now summon only one of each.
Even if you have multiple Onmyoujis, you can only summon 1 Paper Turtle and the same applies to Paladin’s Believe Aegis.
However, you can summon 1 Paper Turtle and 1 Believe Aegis since they are two different skills.