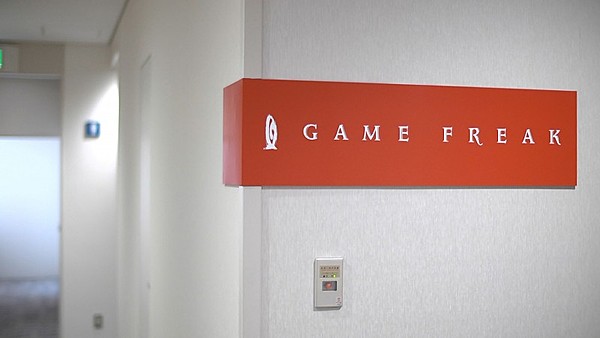 Just a few days back, Nintendo said they'd be moving their four Tokyo offices into one building at Kanda Square. Nintendo will be filling up the 8th, 20th, and 21st floors. This would make it easier for Nintendo's teams to work together with each other, leading to more cohesive creations.

Following that news, a report from Nikkei claims that Game Freak is also moving. They say Game Freak is heading to the exact same building Nintendo will be in at Kanda Square. This has many wondering if something is going on with Nintendo and Game Freak that will have them working together more closely than ever before.

Nintendo, please buy gamefreak. They can't do Pokemon right anymore and you're the only one who can help them fix it.

No, it's The Pokémon Company (which is a year-round production committee of many different companies) that's forcing Game Freak to rush everything. Namely, the most likely suspect is Creatures, which is in charge of the merchandise (and makes about two-thirds of the total revenue from the franchise despite not having any part in its creation), and they want the merch of the new Pokémon and new characters out as soon as possible to make the money as soon as possible. There was an interview with IGN this past summer, for instance, in which the IGN interviewer mentioned that there were four people in business suits off-camera whose approval the Game Freak interviewees needed for anything they said. Game Freak is no longer in charge of their own flagship franchise.

I don't think it's a coincidence that this (rumored) move to bring Game Freak closer to Nintendo occurred within about two months of Creatures being delisted from The Pokémon Company. Nintendo is one of the few companies willing to delay a game past its holiday season if it means the game will be better, even if it winds up in what other companies deem as dump months (most notable ongoing one being Animal Crossing: New Horizons), and this is an image it's very proud of. The debacle surrounding Pokémon Sword and Shield is not something they want to have happen again, and while they can't buy Game Freak outright (as both Nintendo and Game Freak are non-majority members of The Pokémon Company, and the other parties will never allow it because they'll lose money from it), they can still make indirect moves like this.

If Game Freak is the little kid getting forced into working for a bunch of bullies, Nintendo is that big kid who's trying to block the bullies from working the kid to death.

They don't own The Pokémon Company, at least not in its entirety. Nintendo isn't even a majority owner.

The Pokémon Company is also owned by Game Freak, Niantic, Shogakukan, Takara-Tomy, Banpresto, and a bunch of other companies that handle different aspects of the Pokémon franchise. (Formerly Creatures as well, which was the biggest owner. I believe with Creatures gone, now it's Takara-Tomy.) Because they are a Japanese production committee, they are all owners in the same sense that Nintendo is an owner. Decisions can't move forward without approvals from enough of these parties because they are ALL owners. They are basically a larger scale version of a board of directors. There is a chairperson, but even they can have their decisions overruled if enough of the other representatives say no. That is, there is no one in The Pokémon Company whose decisions are absolute.

This is why Pokémon does its own thing separate from anything else associated with Nintendo (such as Pokémon Directs mostly running separately from Nintendo Directs). It's not completely a Nintendo property. Nintendo actually has to get approval from the other parties in The Pokémon Company for Pokémon characters to appear in a Super Smash Bros. game.

Nintendo is trying to gain more control in an indirect way. The other parties have voted to kick Creatures out of the committee in light of the bad press the franchise had received in 2019, undoubtedly because they know Creatures is responsible for it in some way. Now, if this is true, Nintendo wants Game Freak closer to more easily give them support and advice where they need it.

Most major Japanese media franchises are run in this way, for the record. Dragon Ball, for instance, has partial ownership by Shueisha (publisher of the manga), Toei (studio behind the anime), Bird Studio (Akira Toriyama's brand), Namco-Bandai (publisher of most the video games), FUNimation (English anime localizer), Viz (English manga localizer), Banpresto (primary merchandiser), Figma (secondary merchandiser), and other companies that receive and give away ownership according to what happens at the corporate level with the franchise. Any major decisions have to go through all of them first, though they don't necessarily have to get unanimous approval first. This is why, when you look at credits for major release anime, like Attack on Titan or JoJo's Bizarre Adventure, you'll often see "(name of anime) Company" or "(name of anime) Committee" as a creator. That's the collective name for the production committee.

They need all the help they can get.