Pass a controller and gear up for these co-op games 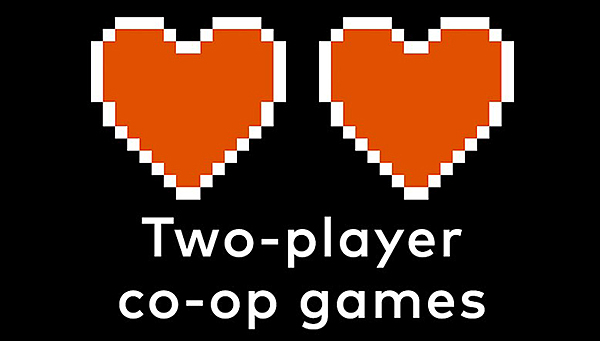 Playing single-player games can be a blast, but sometimes you just want to share the fun with a friend. Luckily, there are several games on the Nintendo Switch™ system where a second player can join you on your quest! Please take a look at our list of games that you can cozy up to with couch co-op.

Experience the original Puzzle Quest: Challenge of the Warlords and expansions in this remastered version that includes additional quests, spells, classes, and items. You and a friend are the only things that stand between an evil assault and the lands you protect.

When you’re looking for adventure, it helps to see from a different perspective – or two. Dive into an immersive story filled with energy, exuberance, inspiration, and even monsters. Awaken the world around you and discover an unbreakable bond between friends.

Armed with his trusty Poltergust G-00, Luigi must explore the mysterious, towering Last Resort hotel as he searches for his missing friends. Have a friend play as Gooigi to overcome the puzzling contraptions and mischievous boss on each themed floor—together!

Cadence of Hyrule: Crypt of the NecroDancer Featuring The Legend of Zelda:

Enjoy the gameplay of Crypt of the Necrodancer in the setting of The Legend of Zelda™ series. Keep the beat as you master the instinctive movements of each pixel-art enemy, and strategically outstep them in rhythmic combat. Grab a friend and embark on a quest to save Hyrule.

The Ptolemaic Army has stolen some very confidential files! Choose from four familiar faces: Marco, Eri, Tarma, or Fio to take them down. Under water or in the air, you and a friend can wage an assault on enemies and take up arms against the ultimate weapon of destruction, “The Doomsday Machine.”

Under threat from a continuing war between the cats of Felingard and the advancing dogs of the Lupus Empire, CAT QUEST II tells the tail of two kings, brought together against their will, on a journey of paw-some discovery to reclaim their thrones. Em-bark on a journey alone or with a friend!

Jump into a new Yoshi adventure in a world made of everyday objects—like boxes and paper cups! As Yoshi, you’ll leap up high, gulp down enemies, and set out on a treasure hunt to find all the different collectables. You can even pass a Joy-Con™ controller to a friend for 2-player cooperative exploration.

Explore incredible places far from the Mushroom Kingdom as you join Mario and his ally Cappy on a massive, globe-trotting adventure. Collect Power Moons to fuel the Odyssey airship alone, or pass a Joy-Con™ Controller to a friend to have them play as Cappy.

Take a Pokémon journey to the Kanto region with your energetic partner, Pikachu! Become the best Pokémon Trainer you can be as you battle other Trainers, Gym Leaders, and the sinister Team Rocket. Catch Share your adventure with family or friends using a second Joy-Con.

Take a Pokémon journey to the Kanto region with your energetic partner, Eevee! Become the best Pokémon Trainer you can be as you battle other Trainers, Gym Leaders, and the sinister Team Rocket. Catch Share your adventure with family or friends using a second Joy-Con.

I'm glad Unravel Two made the list, it's a really good game.
But why Super Mario Odyssey? The second player is too limited in what they can do, I can't imagine anyone actually enjoying playing through the whole game as Cappy. It's something you might try for 5-10 minutes and then give your half of the Joy-Con back to the other player.