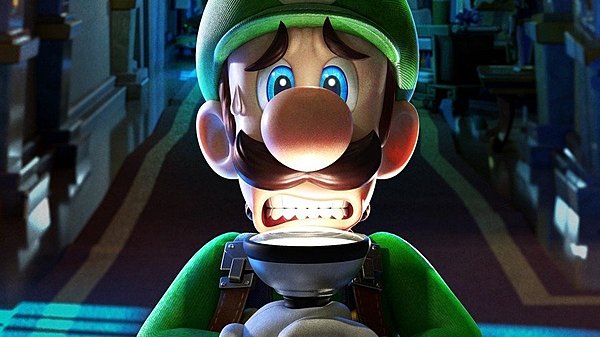 Nate Bihldorff, vice president of Product Development Design at Nintendo, was on-hand at the 2020 DICE Awards to accept anything Nintendo won, including Luigi's Mansion 3's "Outstanding Achievement in Animation" award. The USGamer gang had a second to talk to Bihldorff about the success of Luigi's Mansion 3 so far, and the unique genre's Mario's brother pops up in.

"Luigi in general, he's always the brother in the shadow, the older one. So to have him get on the same footing as Mario is pretty impressive, especially because the genre is not really a very common one. You can say Mario games are typically platformers, but what are Luigi's Mansion games? You know, they're isometric puzzle games. They're exploration games; they're adventure games. They're all those things all at once."

Bihldorff also talked a bit about Nintendo's approach to DLC. The company has taken a number of different approaches, including their own take on traditional season passes. Is there one method of DLC distribution that Nintendo favors over others?

"I think one thing that you can predict is that [Nintendo's] always unpredictable. So I wouldn't say that any of our current setups are necessarily indicative of one particular path we're gonna be chasing for the future. I think that you can count on us sort of trying everything out. Different things work for different games, and we'll probably continue to pursue that in the future."

Well, you know what that means. MICROTRANDACTIONS IN EVERYTHING!

It always amuses me when people try to guess when a Direct will be by looking at past patterns, because that never works.

You tell me. We're talking about a company who isn't even larger than that of Sony let alone Microsoft.

Also, you were sarcastic about that microtransactions thing right?

Yes, that was sarcasm

So I wouldn't say that any of our current setups are necessarily indicative of one particular path we're gonna be chasing for the future. I think that you can count on us sort of trying everything out. Different things work for different games, and we'll probably continue to pursue that in the future."

Man I really hope so. The dripfeed schemes of Arms, Kirby Star Allies and Mario Tennis Aces were very very bad. These games were rushed out the door with barebones content. Please do not keep doing this anymore with future games. Out of all the things I want Nintendo to catch up on and copy from competitors, ths is the last thing I'd want. Maybe focus on improving your pitiful online service instead while you're at it...?

I haven't played ARMS, but what you call dripfeeding was exactly what kept me engaged with Kirby and Aces. Especially with Aces - under normal circumstances I would have played this game for two months or so and then moved on. They way they handled it, I was eager to play a new tournament and get new clothes and characters every month, and in the end, had this game in my Switch regularly for more than a year - longer than any other Mario sports game I've ever played.

The system ain't perfect, I get your point. But I'm sure I'm not the only person who actually likes it.

Really, all Nintendo had to do was make Luigi playable in Super Mario Odyssey. I can't understand why they decided to like not do that but still add him.

Luigi in general, he's always the brother in the shadow, the older one

Sorry Nate. I don't make the rules but you're cancelled now.