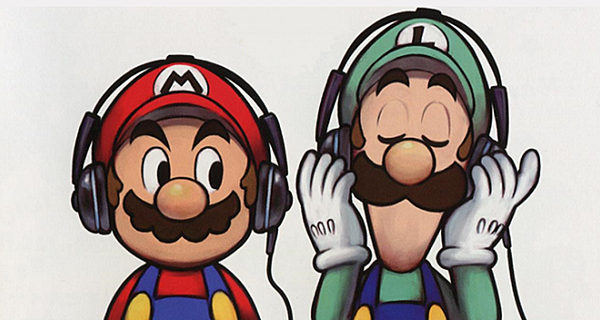 There’s no doubt about it: Nintendo titles consistently deliver some of the best soundtracks in video games.

And when you start to look into how they consistently meet such high standards, all searches lead back to one name, a man just as visionary and influential as Shigeru Myamoto.

That man is Koji Kondo.

Kondo is like a master chef in a fully stocked kitchen. He creates perfect themes regardless of what he has to work with — from the limitations of an 8-bit cartridge to cooperating with other composers who bring vastly different ideas.

His work has become a secret sauce for Nintendo’s tentpole franchises, something they sprinkle into any dish and instantly capture the magic we all expect from these games.

Sure, sound effects go a long way in establishing certain franchises or characters. But it’s usually the music that made these games resonate with us years or even decades after we played them.

Is Ocarina of Time as memorable without Zelda’s Lullaby or Saria’s Song? Does Mario become a global superstar without the Overworld or Peach’s Castle themes? Kondo earned his reputation, and it’s not hard to see why Nintendo would want him as a music supervisor on every major title.

This past decade brought big changes to Nintendo, especially in the form of new directors, programmers, and composers. But somehow, none of that is slowing Nintendo down.

Every new release raises the bar for its respective genre. Nintendo continues to imagine worlds, characters, and musical themes that create special memories for a new generation of gamers.

So, with that in mind, let’s spend some time paying respect to four of the best Nintendo game soundtracks of the decade.

#4. The Legend of Zelda: Skyward Sword

The Legend of Zelda is a founding father in the history of video games. It’s a major component behind Nintendo’s enduring success, and when you think of the Zelda games, it’s impossible to dismiss the role that Koji Kondo’s music played in this franchise.

After the resounding success of Twilight Princess, fans and critics have always been divided over Skyward Sword. But even with those debates, Skyward Sword brought us one of Nintendo’s strongest soundtracks of the decade.

There’s a lightness and optimism to the core themes, and that tone perfectly encapsulates the game. It’s a great — and traditional — example of Nintendo at its finest.

For almost a decade, Galaxy 2 was considered the best 3D Mario game ever made. And if you can manage to turn your attention away from the unique worlds, the gravity mechanics, and the sheer genius of the game design, you’ll get to enjoy an absolutely masterful soundtrack.

Originally, Galaxy 2 was intended to reuse music from its predecessor. But as the game continued to evolve and grow, the sound team (namely lead composer Mahito Yokota) realized that the project deserved new music to match the new worlds.

Unsurprisingly, Yokota was right — the soundtrack quickly became a favorite among fans. And while the music still pays homage to classic Mario games, it combines those tracks with an excellent original score.

When you look at tracks like Shiveria Town, the New Donk City Festival song, or even the remastered version of Peach’s Castle from Mario 64, Odyssey’s soundtrack ranks up there among Nintendo’s absolute best.

Odyssey brought a very different (and in some cases “weird”) sound to the Mario franchise. The different kingdoms have unique sounds, and each one explores different music genres, time signatures, and instrument mashups.

And yet for all of that tinkering, the game still matches the joyful tone of the game. Odyssey managed to capture an almost childlike sense of wonder, and the soundtrack added to that.

It’s a special achievement for the Mario franchise and Nintendo’s poster child. And in any other decade it would be impossible to choose another soundtrack over Odyssey.

Original music composed by Hideki Sakamoto (with help from dozens of other composers, including Koji Kondo)

Alright, this pick is a bit unfair to every other game released last decade. After all, how many other titles get the benefit of pulling songs from the best games of the past 30 years?

But in terms of ranking soundtracks, it’s impossible to ignore what Ultimate brings to the table. The game is a love letter to fans of every type of game, and it’s clearly something meant to celebrate the industry as a whole.

The soundtrack is so broad and expansive that you might as well think of it as an all-in-one Spotify playlist for the most influential songs of gaming history.

Series creator and director Masahiro Sakurai is an industry legend, and when it comes to developing a new Smash game, the biggest question is “Which fighters can we add to the roster?”

The current list of playable characters will reach an astounding 81 by the end of February 2020. Bringing that many characters and franchises together is an enormous (and somewhat terrifying) amount of work for a single game.

The roster size and the number of stages all play a part in choosing which songs to use, and Sakurai made a bold choice on how they would develop Ultimate’s soundtrack.

He took the list of games represented in the game, then reached out to the composers who worked on those titles. Then he asked those composers to determine how their pieces would be used in Ultimate. The entire process took well over a year before they had a final list of songs.

Developing Ultimate is the video game equivalent of assembling the Avengers. And the result is...well, maybe not “original” music, but it gave us an unforgettable mashup that represented our favorite characters, worlds, and songs.

The game’s 800+ tracks delivers a whopping 28 hours of music, and one of the most unique collections in the history of games. A soundtrack that special is just one more gift from Sakurai to us, and it easily deserves to be considered the best Nintendo soundtrack of the decade...if not ever.

Of course, 2020 kicks off a new decade. And while we saw big changes across Nintendo over the past few years, it’s clear that there are even more changes to come. Figures like Miyamoto, Sakurai, and Kondo are irreplaceable geniuses; they’re also mortal.

One thing we can be confident in — that we’ve seen for ourselves — is that the future of our favorite franchises are in capable hands. As much as I loved the games on this list (and the ones that didn’t make the cut), I’m already excited to see what the next decade has in store.

...and, of course, the soundtracks that will be stuck in my head for months at a time.

Drew Gula is the copywriter at Soundstripe, a royalty free music company that helps filmmakers and musicians do what they love. He's also a lifelong gamer who will happily debate why Ocarina of Time is still the greatest game ever made.