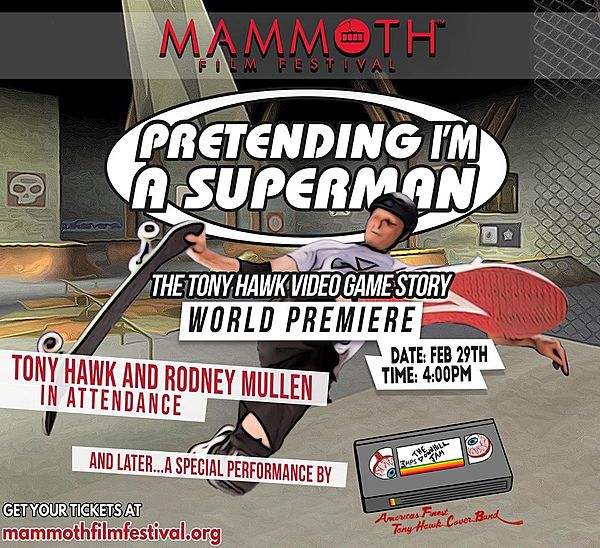 "Pretending I’m a Superman," the documentary about Tony Hawk's Pro Skater, is finally ready for its debut. The documentary is going to make its premiere at the Mammoth Film Festival on Feb. 29th, 2020. The film was funded through IndieGoGo all the way back in 2017, and the team has been hard at work securing interviews with anyone/everyone involved with the series. Expect features with Tony Hawk himself, alongside fellow skateboarders Rodney Mullen, Steve Caballero, and Chad Muska.