Work on Dangerous Driving 2's Switch version started in January, and has been handled by one person 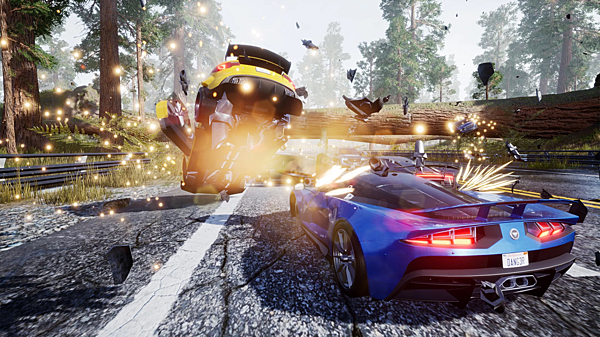 Dangerous Driving 2 was announced on Feb. 19th, 2020, and it's making its way to Switch. We missed out on the first entry in this franchise from the former Burnout team, but they're making sure Switch owners get in on the fun the second time around.

The game will be sometime in 2020, and the dev team is already hard at work on making the Switch version the best it can be. While general development on the game started in Nov. 2019, the Switch porting process kicked off in Jan. 2020. Somehow, the team already had a Switch version up-and-running for PAX East! Even more impressive, the developer had just one team member of their seven-person team working on the port. Looks like that person knows what they're doing!

The final version of the game on other platforms is going to allow for 4-player splitscreen action, but that's not confirmed for Switch at this time. The team needs to put in more work and see what's possible. Hopefully they can make the feature work, but I'd imagine a two-player splitscreen experience on Switch is more likely.