Poll finds a Super Mario Bros. film to be the most wanted game-to-movie adaptation 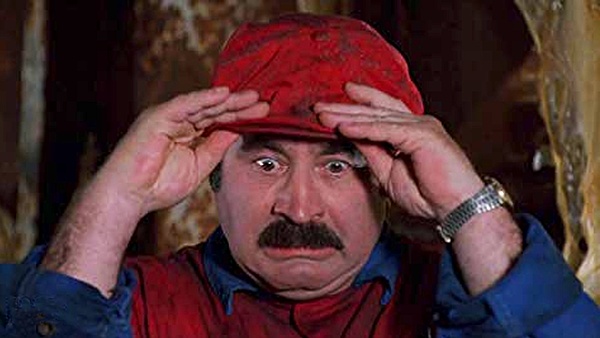 A new Hollywood Reporter/Morning Consult poll finds that people are really eager to see a Super Mario Bros. movie adaptation. I guess it's a good thing that Nintendo and Universal are cooking one up right now!

A Super Mario Bros. movie is the top request in the poll, with Mario being followed by Pac-Man and Mario Kart. With all three brands, interest between female and male correspondents was nearly even. African Americans were the most likely to mark "very interested" for Mario Bros., Pac-Man and Mario Kart (more than 34 percent in each case). You can check out the full results of the poll below. 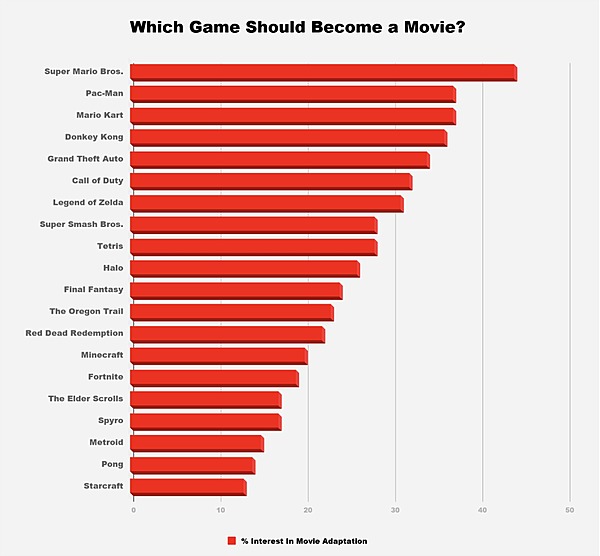 I don’t get why Zelda isn’t much higher. That could make such a great movie!

What the hell would a Mario Kart movie be like and be interesting? Like Fast and Furious?

Competing for the title of world's wackiest racer

Been a while since I've heard any news on the Tetris trilogy movies.
imo Grand Theft Auto, Zelda and Halo should've topped the list.

I can understand how Mario got up there on top... but that is a really weird list. There are several up there that make me wonder what people were hoping for in a movie.

Still don't understand the need for more video game movies, always feels like a step backwards. All the while watching them I'd rather be playing the game.

Pong and Oregon Trail are some odd choices. Wouldn't pong be essentially virtual tennis? Oregon Trail could technically be a movie, but how will it connect to the videogame?

Surprised a DK movie is that high. Though if Im being honest I think a DKC movie would work much better than a SMB movie simply because DKC's cast of characters ooze much more personality and zaniness then 75% of the mushroom kingdom cast.

It'll be more interesting since the premises in those games vary more than in Mario. Though I fear it'll try to emulate the Angry Birds movies.

Exactly that too. Mario follows the same Bowser kidnaps Peach story over and over where as K.Rool changes up his strategy every game. First DKC he steals the Kongs banana hoard to starve them to death so he can occupy their treehouse, DKC2 he kidnaps DK as revenge, in DKC3 he kidnaps both Diddy and DK as revenge and builds a robot Kaos that he uses Diddy and DK to power. DK64 he kidnaps all the Kongs and the banana hoard to distract DK while he prepares to the Blast-O-Matic to blow up DK Isles and get his revenge once and for all. Then of course Retro's DKC games have different stories and enemies of their own.

Man I would love to see a DKC animated movie...

The fact that Fortnite is higher than Metroid on this list is irrefutable proof of the clown world reality we currently find ourselves in.