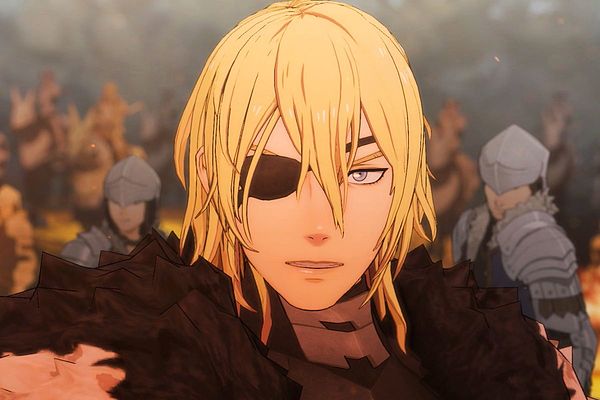 Nintendo Dream magazine had a chance to talk with Intelligent Systems’ Toshiyuki Kusakihara, and they had one burning question about Fire Emblem: Three Houses they wanted answered. Why does Dimitri wear an eyepatch after the time skip? Surprisingly, Kusakihara was willing to give a very straightforward answer, which you can find in full below.

Actually, we didn’t really have him wear an eyepatch from the beginning. When Kurahana-san made up the designs, I said “Is it okay to add an eyepatch?” That’s where it started. We have a foundation at the beginning to make the post-timeskip designs for any characters show an overall change on a broad range. We hoped the lifestyles they had taken during the five years could exude from their looks as well.

Dimitri’s eyepatch is also an idea that came out with such thought. That’s why he doesn’t wear an eyepatch only in the Crimson Flower arc where you stick with Edelgard. It shows how the experience he had wasn’t as terrible as other routes. The eyepatch is a symbol of having had a painful experience.

Wait a minute. There are never supports or the story that explain why he losses the eye. I have yet to play the Blue Lion's route so no spoiling if they do mention it...I'm just curious.