Brie Larson says she's never been without a Nintendo console and her love "runs deep," sings the praises of Isabelle and K.K. Slider 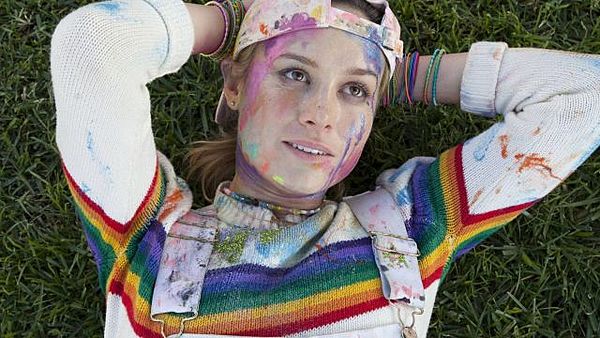 Brie Larson is currently making the rounds as a celebrity endorser for Animal Crossing: New Horizons, and she couldn't be a better fit. Larson is not just a fan of Animal Crossing, but a Nintendo fan in general. She's been one for a really long time, actually! In an interview with Elle, Larson opens up about always having a connection to Nintendo.

"I’ve never lived without a Nintendo console. Even in my earliest baby videos, there was a Nintendo there. My love for it runs deep."

Of course, that love extends to Animal Crossing: New Horizons. A bit later in the interview, Larson talks about two of her favorite characters from the series.

"I mean, Isabelle is just such a legend. Nintendo actually sent me a K.K. Slider t-shirt yesterday, and I'm like come on. It's really deep for me, like in the same category as the Backstreet Boys. K.K. Slider is a mega star for me."

I’m actually indifferent towards Brie. Just find the fragility of her haters to be quite funny.

You guys are easy to please. I guess that's one of the drawbacks of being a fanboy.

I’m actually indifferent towards Brie. Just find the fragility of her haters to be quite funny.

I find it funny how your getting so defensive over an ad, the fact that you need to preemptively dismiss any backlash gives off a hint fragility yourself hmm :^)

LOL. Sure thing Jan. Thanks for proving my point.

To be fair, there are times when fanboys are very hard to please, as to throw away and bomb-review a game for a single thing not being done as expected.

And yet, here you are, posting about fanboys, on a website literally called "gonintendo." I think you're in the wrong place, my friend.

A.) Good on her for being BSB over N'Sync. I knew I could trust in Brie.

B.) I respect her taste, and it's so cute how she loves K.K. Slider so much. I would love to see how she's decked out her island and home! (Does she time travel!?)

I know she has plenty of fans, but to me I find her to be quite full of herself. Regardless of whether or not it's a man or a woman, I cannot stand hatred for the opposite sex. If a guy hates women it drives me nuts if a woman hates men it drives me nuts and hearing her go off on men, really just turn me off. It's too bad too, because she's a good actress. Fortunately, I'm able to separate personal feelings from being able to enjoy someone's work.

Now this has nothing really to do with Brie Larson, but Captain marvel was probably my least favorite marvel movie. I found it to be very boring. However it's cool that she's a big Nintendo fan.