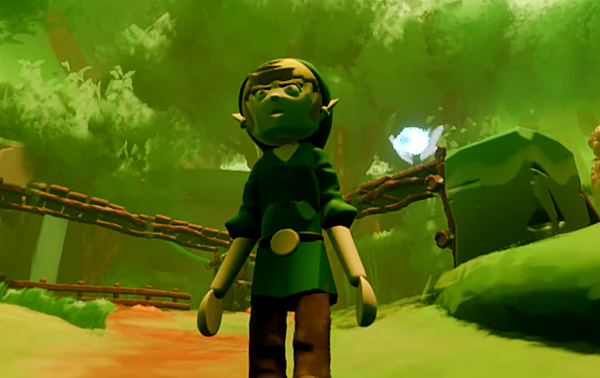 A few days back, we broke the story of Sony removing a Mario-related game from Dreams at Nintendo's request. Nintendo doesn't want to see Mario experiences recreated by Dreams users, nor his likeness appearing in the game. Many suspected that was just the beginning, and it turns out that's indeed the case.

Sony has confirmed to GamesIndustry that they're working to pull a wider range of Nintendo IP from Dreams at Nintendo's request. Specifics on the content being removed was not given, but it's likely that any Nintendo-related content is part of the removal process. Check out Sony's statement on the matter below.

"Sony Interactive Entertainment is notifying the affected users that an IP Infringement Notice has been received from Nintendo and that the content will be removed. We cannot comment on volume of content to be removed, this is done on an individual case by case basis."

Well, wake me up when Sony goes 6 feet underground or whatever kind of punishment they’ll be getting.

Boooooo. I don’t really know what effect having these kinds of projects in Dreams would even have on Nintendo and other publishers. I can guarantee nobody is playing them mistaking them for official games. Dreams doesn’t really even have the kind of mainstream appeal to attract people who might think they’re playing official games within it. If you’re playing Dreams, you know the score.

On the plus side it’ll make people be more creative with their works and make more original stuff, but it has been really cool to see people’s ideas for existing properties (eg. the 3D Donkey Kong demo was great).

Same, I'm just gonna be "that ***hole" for a moment and say it's kinda lazy to me to take a tool such as this and simply recreate already existing properties rather than trying to make something you can call wholly your own. Like I honestly feel similarly about certain fan games, they clearly have some nice passion and such behind them but I can't help but get the feeling they're only latching on to existing IPs because they know no one would pay attention to them otherwise. Yeah that's a really cynical way of looking at it but ultimately that's how I feel, kinda like movie "reboots" that feel like they should have just been called something new rather than trying to attach themselves to a pre-existing name like the recent Invisible Man movie (a decent movie yes but it has pretty much nothing to do with the classic black and white film).

I get where you’re coming from, and yeah I would prefer to have people put their talents into making more original stuff for sure. I can’t deny that seeing beloved existing characters in “what if?” scenarios isn’t fun though when done well. It’s just cool to see what some games could look like with modern graphics or in perspectives not typical of the franchise (DK, Kirby 3D demos etc.) or how fans think games should be done like that decent Sonic 3D demo someone did. It’s all pretty harmless to me. That goes for things like UE4 stuff too, like that amazing Metroid Prime remake demo someone did. As a fan it’s just cool to see people realise things that official channels don’t seem interested in doing themselves.

When it’s full on projects though, I totally agree with you. If you’re going to take on making a full new game but use existing IP, you’re much better off just making your own thing. I was going to use Mother 4 as an example but I’m happy to see that’s become its own thing itself as Oddity.

The problem here is you can actually sell these games on Dreams. So selling a game based on intellectual property...don't you think that is against the law?

I’m not so sure that’s the case though. I know MM have said they’re looking into letting you use your works outside of Dreams for profit, like using your creations in music videos and such, but as for selling games within Dreams and outside of it...I’m not sure that’s a possibility?

Even if that’s the case though, I’m sure there’d be certification and reviewing of software necessary before you can sell it and naturally if it’s using the licensed stuff it’d be an instant no go.

There isn't according to this.

“The beta is only open to Early Access members "in good standing" with a body of work, and Media Molecule will want to know what you're planning, when you hope to finish it and whether or not you're willing to provide feedback.“

Sounds exactly like they’ll be regulating anything that wants to be sold outside of dreams, if that ever comes to fruition outside of this beta period. They won’t let anyone sell anything that isn’t original, not a chance.

As someone who plays dreams regularly I can say that these games are mostly awful anyway.