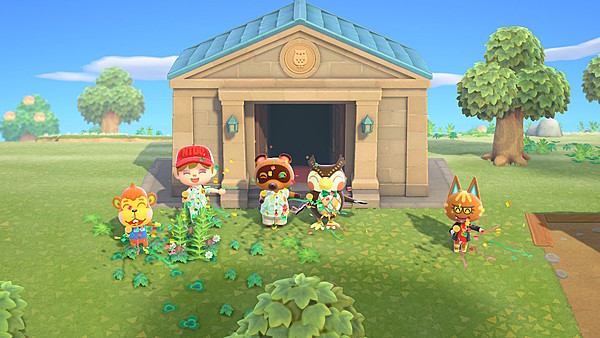 Even more impressive, the Switch managed to sell 392,576 units in a week. That's the new record for most Switch units sold in a single week, launch week included!

Impressive and well deserved! This game has DECIMATED my productivity this past week.

Guess people are buying additional switches because they can’t share a single switch and play their own Island.

But what do you guys expect? This is a major IP that is bound to make it sell easily well. I wish Fire Emblem can reach this height though...

Animal Crossing is more universal and does a nice job at blending more casual and hardcore players together. I think Final Fantasy 7 will have an amazing launch but aside from the visual feast it is most new players might not be so quick to pick it up like they did with animal crossing. I can imagine most PS4 players will get it having been pretty starved for exclusive games the last year.

I truly think Squeenix want both new players and us nostalgic players to get in on this one. It really looks like it. Then again I am still on the fence on it because it's just too cinematic. Also, I am not too happy about the episodic approach but will give it a chance since it means the game can be HUGE! But when I see a video, I do get enough nostalgia kicks and really want to witness the game in it's new coat of paint, but!!!! The cinematic approach seems like it could take away a lot f charm and my own imagination from when I played it back in 97... So yeah... Oh and..If it's episodic, some episodes will perhaps be moved to the PS5... SO YEAH!....

AC:NH? I have gone over the fence and will be getting it, but was sold out where I live, so I'll order it I guess. Never played an AC game, but this has gotten enough of my attention.