Kirby series general director and producer explain who Kirby is to them, and what the future of HAL looks like 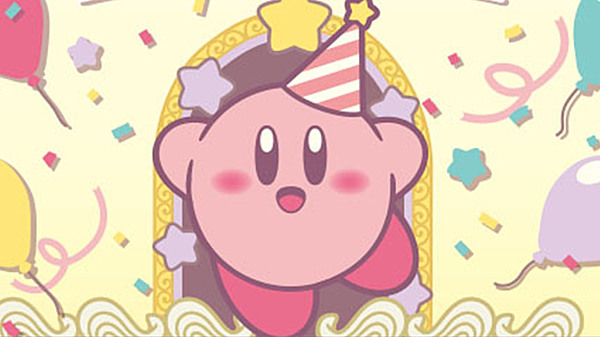 HAL has just celebrated its 40th anniversary, which is why Nintendo Dream magazine swung by the studio for an interview. The magazine had the chance to talk to Kirby series general director Shinya Kumazaki and producer Tadashi Kamitake about a number of things, including how they view Kirby. Check out their answers below.

Kumazaki: “Depending on the position, I’d say the answer changes, but as the general director, to me Kirby is “a grand creation that has been passed down to me”. Even now, I’m walking alongside Kirby through trial and error, thinking what’s good, and what’s good for him.

As a game developer, Kirby is something like an “icon” which many people casually see, but allows them to understand the deep ‘fun’ that lies beyond the surface. And for me personally… despite having been with him for a long time, he’s still a “always-shifting and mysterious individual” full of mysteries and infinite possibilities.”

Kamitake: “What I see with Kirby is a mysterious existence that has a distinct personality in that he can suck anything up, yet is like a blank sheet of paper in that he can become anything depending on who he sucks up. Yet it’s because he embodies to two opposite extremes that he can become an indestructible superhero yet while being a friend you can get close to. I believe that you can feel a wide range of charm from him that can’t be compared to anything else. That’s why I think everyday of ways to share various sorts of Kirby’s charm with everyone in ways that aren’t just cool or cute.”

Both Kumazaki and Kamitake shared thoughts on the future for HAL as well, seeing as the company just hit its 40th anniversary.

Kumazaki: “I feel that HAL is a rare case of a company which was created to be a video game company, and has continued to be so for the entire time for 40 years. Despite being a company organization, each person is so unique and values individuality, and by creating an environment where everyone is able to focus on what they like, we’ve been able to continue on as a games company for 40 years.

I believe that I will continue to take on new challenges while handling the series and environment that has been passed down through many generations to me, while continuing to improve upon it, together with all 173 of our distinctive staff.”

Kamitake: “If you think of HAL Laboratory, many people will think of Kirby, but we’re actually a company which thrives on “creation”, with people of different generations using the various skills, such as our new challenge in Kame Sanpo; and the PasocomMini, which is based on our history. As this year is a milestone with our 40th anniversary, I’d like to continue to challenge new things together with our staff from young to old, in order to make this a year to remember for everyone via the results of our “creation”, so please look forward to HAL Laboratory this year as well.”

Kirby has gotten alot of the spot light in the last few years, maybe even more games than Mario?

Maybe. I wish we got Mario Strikers on Switch. Remember there are Mario games on Switch and mobile. Also, Super Nintendo World is being built around Mario.

No way. Mario still has loads of games. Kirby may be number one on Nintendo Dream but in the end no one messes with Super Mario!

As for Kirby..idk. Star Allies felt very underwhelming in the end. I'd rather they go back to the roots like planet robobot with creative level design and unique copy abilities while doing something new.

You know, making it single player from the start.

I'll like if they could attempt something newer. Maybe a compromise of 2D and 3D. Since Star Allies did had a 3D boss battle section.

What I like about Kirby the most is the versatility. The main series is great, but I always have more fun with the side games, from Kirby's Dream Course to Rainbow Curse. The cartoon was good fun too. Maybe it's time for a comeback?

Something as ambitious and fun like Amazing Mirror 2, or bust. Robobot was the peak of current 2D kirby, so I feel since they didn’t really try with star allied and made a worse engine, maybe now’s the time for a 3D kirby game or something fresh. That or a new fun spinoff, I wouldn’t mind another star stacker, block ball or Rainbow Curse.