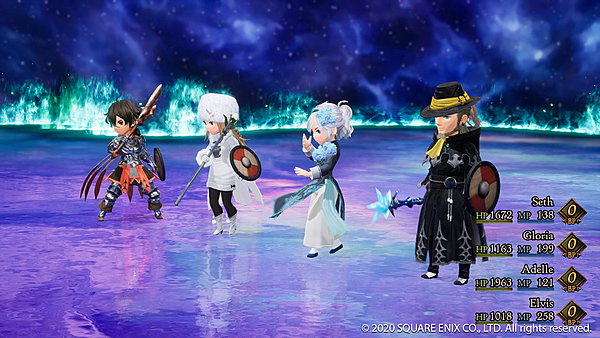 Did you check out what the Bravely Default II demo had to offer? Do you have any thoughts you'd like to share on the demo? If so, Square-Enix wants to hear your thoughts.

Square-Enix has opened up an official survey for the Bravely Default II demo, and you can find it at this link. You're going to need a Square-Enix account to fill out the survey, but hopefully you find the extra step worth the trouble.

As a fan of the first two games (probably my favourite 3DS RPGs until Dragon Quest VII came along) I had to check it out of course.

There was stuff I liked, particularly on the visual side (slightly worried there since this is a new team handling the game and not, as previously, Silicon Studio), though it could do with some more consistency.

Where the demo felt underwhelming was in some of the gameplay stuff - certain QOL things from the first two games like "Brave-stocking" (i.e. repeating an exact action by pressing the Brave shortcut button) and a shortcut for Default were missing, the Job progression for the mages was altered in a way that isn't quite as good as it was on the 3DS. Also I thought it was a tad too difficult.