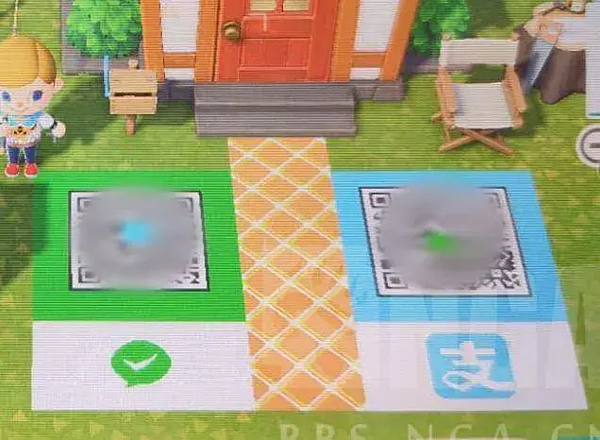 Animal Crossing: New Horizons players are bending the game to their will in all sorts of interesting ways, and now someone has cooked up a way to make some real-life money on their island.

A Chinese New Horizons player fancies himself quite the designer, and he's willing to offer his services for a bit of cash. The player has set up WeChat Pay and AliPay QR codes in-game that allow players to send him real money in exchange for custom-designed items.

This seems like the sort of thing Nintendo would frown upon, but they're yet to remove the in-game shop. With word spreading, I would imagine it's just a matter of time.

Think that's crazy, someone is legit selling QR codes for nudes. A part of me wonders just how long until Nintendo starts to issue C&Ds to people selling ACNH QR codes.

If he’s selling copyrighted designs they will shut this down real fast.

Eh...people never learn just how serious Nintendo is in general.

SpongeBob SquarePants: Battle for Bikini Bottom - Rehydrated - "Welcome to Rock Bottom" trailer
May 29, 21:47 by hammergalladebro
Strawberry Vinegar - more gameplay
May 29, 21:43 by manazuishou
Pokemon Co. teams up with Midea for a line of Pokemon-themed kitchen items
May 29, 21:36 by manazuishou
SELFY COLLECTION: Yume no Stylist heading to Switch in Japan on June 12th, 2020
May 29, 21:30 by manazuishou
GoNintendo Thought: Final Fantasy Crystal Chronicles: Remastered Edition is a chance for the game to really shine
May 29, 21:14 by thedreaminghawk
Switch eShop charts for May 29th, 2020
May 29, 20:38 by ridleysaria