We're starting the week off with a juicy one, gang. You've likely heard a bit about this in recent weeks, but we've done our best to chronicle the entire situation and offer new insight. As always, thanks for reading. 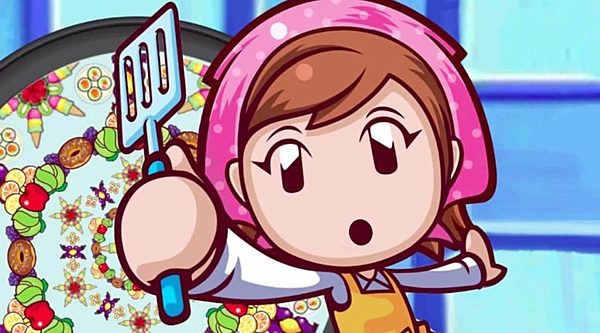 If someone would have told me that a Cooking Mama game would be one of the hottest discussions in the game industry for 2020, I would have had a good laugh. While the franchise has over 20 million units sold under its belt, it's not exactly the major player today that it was in the Wii's era. There would certainly be interest in a new installment, but that's not what we're talking about here. The announcement of Cooking Mama coming to the Switch has spawned into an absolutely mammoth mystery that seems to bring about more questions than answers with each turn.

The story of Cooking Mama: Cookstar first kicked off in August of 2019, when both Aussie and German ratings for the game popped up. Just a few days later, we had an official press release for a game called Cooking Mama: Coming Home to Mama. From here on out, the Cooking Mama coverage becomes a wild ride.

Cooking Mama: Coming Home to Mama, which we believe to be Cooking Mama: Cookstar by a different name, had an extremely odd press release attached to it. Publisher Planet Digital (parent of Planet Entertainment) announced the game for Switch, but the focus in the press release was about the game being "blockchain-powered." The press release claimed that blockchain aspects were being used to "add new innovative gameplay that investors can have equity in." Further details mentioned blockchain private keys, private key enabled balanced DRM, enhanced multiplayer through private keys, and more. This kind of announcement would be weird for any game, but seeing it attached to a Cooking Mama title of all things was uniquely bizarre.

Ever since that round of information on the game, the confusion has only continued. Since Sept. 2019 onward, no one seemed to know when Cooking Mama: Cookstar was going to release. Multiple dates came and went through various retailer listings, with each of them getting bumped at the last minute. We even got an announcement trailer for the game in Feb. 2020, which was quickly removed after it went live. That was followed by screens and cover art for different regions, but no official mention of release date. 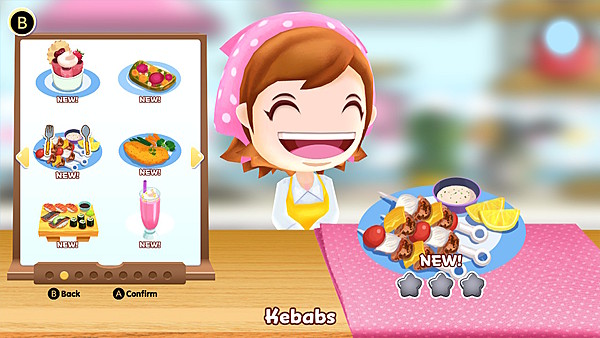 That brings us up to March 26th, 2020, when yet another strange occurrence happened. Nintendo held a Nintendo Direct mini on this day, which featured zero content on Cooking Mama: Cookstar. This Direct mini pushed a lot of people to the Switch eShop to download and preorder new games. One Redditor went to the eShop following the Direct and was quite surprised to see Cooking Mama: Cookstar in the 'new releases' section. Being a fan of the series, he scooped the game up, and told another friend that the game was online. When that friend went to download the game, it had mysteriously vanished. That means that, as far as we know, the game was on the eShop for a couple of hours at best, and got pulled with no explanation.

The last official bit of information actually comes from us. We had the opportunity to snag a physical copy of the game for coverage, and hopped on it. The game showed up just a few days after an email exchange with a PR company, and we even did a gameplay video for it. As we mention in the video, we still had no idea what was going on with the game's retail or digital release, and everyone seemed to be clueless. That's when the PR agency told us that physical copies should be out at retailers now, and the digital version "should be coming soon." Again, no explanation as to why the eShop version was available for a short time, and then yanked.

The Aussie and German listings, the blockchain announcement, the complete disappearance of that blockchain info, the ever-fluctuating release date, the here-and-gone digital version, the physical copy that's ridiculously tough to find, and the 'coming soon' official eShop release. Any piece of this mystery on its own is well worth dissecting, but all of it together is seriously tough to wrap your head around. How in the world all of this craziness came to be is beyond me, and things only got weirder in the last 48 hours.

Some modders, hackers, and technically-savvy people have been doing their best to find out what's up with Cooking Mama: Cookstar, and some claimed to have found blockchain content hiding in the game's retail release. Others say that isn't correct, as they've scoured the code and found nothing. Others still say that the game shows evidence of that content being included at one time, but apparently it was hastily removed. As this mystery only gets stranger, no one is sure which of the aforementioned tidbits is the real deal.

The developers behind the game actually spoke out on the blockchain matter, and they categorically deny it. We'll once again post their statement on the matter below. 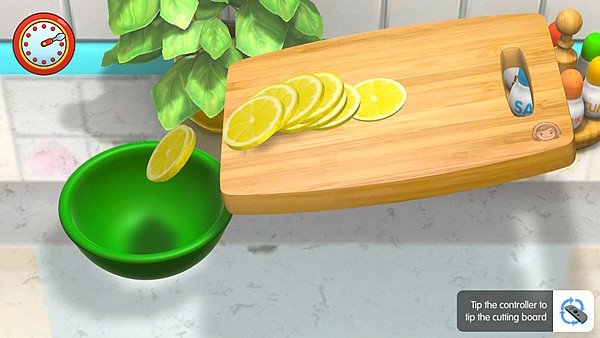 As you might expect, some find the wording in this response to be a bit suspect. Some people believe the developers know more than they're letting on, and others think that another team might have been involved with trying to implement the blockchain features that apparently didn't make it into the final cut. I really wish we could give you a more concrete answer on this matter, but it seems near impossible to get a straight response from anyone involved with this.

All throughout this entire situation, Planet Entertainment has remained silent. They do have a tiny logo on the game's box, but outside of that, it seems impossible to track down info on their connection. Not even the company's website makes mention of the game. Countless people and outlets have tried to get comment from Planet Entertainment and Planet Digital on the matter, and they've been met with absolutely nothing in return. We've tried as well, and haven't heard a single thing back.

This situation is absolutely mind-boggling. How in the world did all of this happen with a Cooking Mama game, and why does it only get more confusing as time goes on?! There are still so many questions that are left unanswered. Why doesn't Planet Entertainment list the game on their site, and why won't they discuss the game? How could the game see physical release without any confirmation via press release or announcement, and why is it so hard to find? Why did the game get yanked from the Switch eShop, and what's keeping it unavailable for the time being? What was really up with the blockchain announcement, and were there actually any plans for implementation? Should those with a physical copy be worried that their Switch and internet connection is being used by hidden blockchain services? The questions go on and on, and I have a terrible feeling that we'll see very few of them answered.

At the very least, I think it's important for those who have physical copies to know what's really going on with the game. I'm sure there are owners who would get rid of the game if they knew some sneaky activity was going on underneath the game's cheery exterior. If Nintendo did indeed pull the game from the eShop due to this issue, we need to hear something. Perhaps they can't come out and say exactly what's happening, but they could give a vague response to give consumers some sort of heads up. We've reached out to Nintendo for comment, and hopefully we'll get something soon. 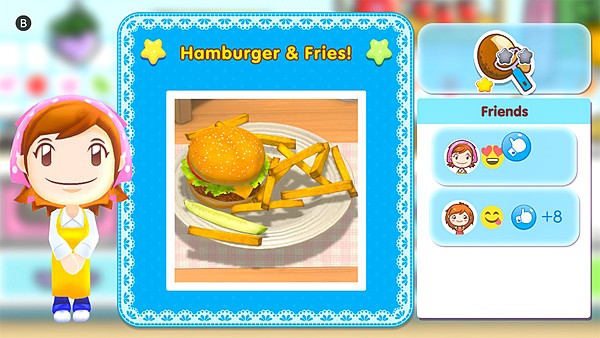 For now, the Cooking Mama: Cookstar mystery rages on. The internet is only getting more interested in what's happening, and there's sure to be more twists and turns in the near future. I hope one day we can crack some of these mysteries, but I truly believe that'll only ever happen through the collective detective power of the internet. At the very least, it's clear that the publisher wants to ignore this whole situation until it blows over. All we know for sure is that there's smoke in this kitchen, and it likely means fire.

I'm french and amazon.fr and others sites says that it will release in april 28th. Nintendo.fr doesn't list it yet

All this Conspiracy Theory is making me hungry.