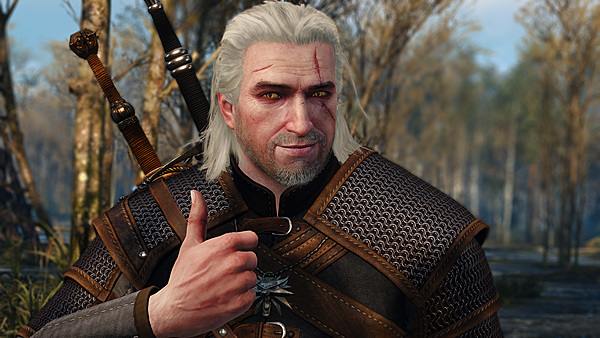 Nintendo fans have heard a few things consistently over the years. Nintendo is always doomed, and third party games don't sell. On the second one, fans have always fired back that third party games would sell if those third parties would only put effort into their games. Looks like we have some evidence of that being true.

Industry watch dogs have been tracking sales as best they can on The Witcher 3, and it looks like the game's Switch release has found quite an audience. Data shows The Witcher 3: Wild Hunt Complete Edition hitting over 700k units sold on Switch in less than 3 months. That's just the data for 2019, so it's easy to imagine the game is near or over 1 million sold now.

For a port of a game that came out 5+ years ago, I'd say 700k is a pretty considerable amount! It's sure to continue climbing as the year goes on, which only bodes well for other big-name third party support.

Thanks to Dondom95 for the heads up!
Source: Link
Rating: 6

I feel that it could actually be true. The game had a huge buzz when the announced it!

I know a fair few people who bought it on Switch, including a friend who doesn’t play games too much but bought it off the back of the Netflix show. Wouldn’t be too surprising to see it sold well in general!

turns out when you actually put a decent effort into porting a universally acclaimed third party game on switch, people will buy it.

some other companies should take note

Wonderful numbers to see. Since Witcher 3 didn't really show up in many /any Nintendo NPD charts, I wasn't sure how well it sold.
Also suggests that DIablo 3 and Skyrim probably sold quite well too