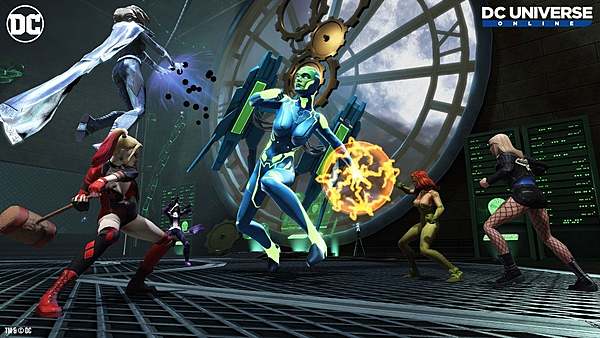 A new Birds of Prey episode is now available for DC Universe Online, and it's quite different from the latest episode that was released. In an interview with Comicbook.com, dev SJ Mueller talks about the change in tone between the last episode and this one.

What I love most about this episode is it's kind of a departure from the darker Metal storyline that we did last year, which was really cool and really heavy metal, and had a lot of crazy stuff in it, but it was pretty dark. And this episode by design was meant to be a little bit more fun, a little more lighthearted. I mean you got Harley Quinn as a headline, Black Canary, Poison Ivy. These are kind of more just exciting characters. Huntress can get a little dark, but it seemed like it just worked out. Like you were saying, we're in a weird place right now in the world. And when we announced Birds of Prey and put it up on our test server, our players were so excited about how it was funny. And it made them feel good to get online, and just have a lighthearted adventure. I mean the entire universe is at stake, but we're having fun while saving the universe.

While DC Universe Online is still fairly new to Switch owners, the game has been around nearly 10 years now. Can we expect some sort of major celebration for the game's 10 year milestone?

Oh, I can't tease yet, but I definitely think that year 10 is going to be an incredible year for the game, and we are not slowing down whatsoever. And me and one of our new lead producers have several features on our mind that we think really could improve both the day-to-day life of the game, and just kind of turn it on its head and make it a little more modernized. But there's no specifics or timeline yet that we can talk about, but I'm very excited for the future of DCUO.