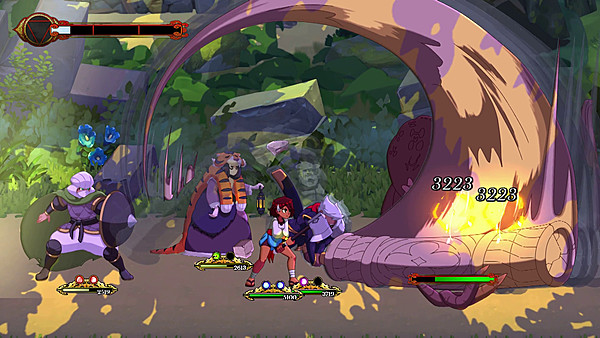 Well here's a real shocker for you. Indivisible, which released on other platforms back in 2019, may finally see its release on the Switch today. We knew that it was coming over, but there was no mention of an official release date. We're still waiting on that confirmation, but new eShop listings peg the title as launching today.

eShop pages for the game throughout Europe as well as in Australia all show the game as launching on April 28th, 2020. Again, this would be a huge surprise, as there has been absolutely zero build-up for the game's Switch launch as far as a release date goes. It would certainly be nice to have the game to play today, but it would also be a shame, as the launch would most likely fly under the radar of most Switch owners.

Hopefully we get official word from either the dev or pub at some point today. Either that, or the game will just go live and we can grab it!

Wow, truly a big surprise... SINCE crowdfunding supporters did not get a code yet (don't let it be another MN9 situation)

Well April 28 is almost over here, and I don't think it has happened.