Monochrome World available to preload on the Switch eShop on April 30th, 2020 with a 20% discount 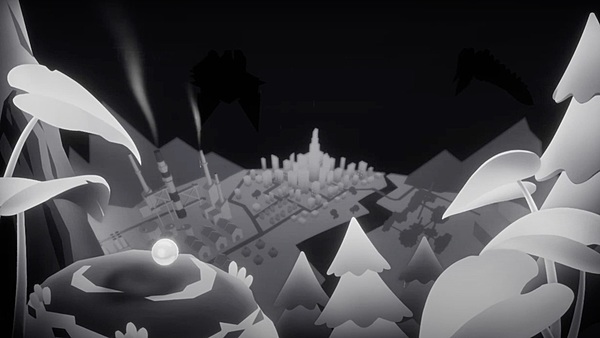 April 30, the pre-purchase of Monochrome World begins on Nintendo eShop. It will be launched on Thursday, May 7.

Monochrome World tells the tale of a little raindrop that embarks on the journey to find lost colors for the gray world. As the raindrop, players explore various regions to discover colors thought to be long gone.

Players just need to know how to "move" and "jump" to enjoy Monochrome World. The raindrop is the only thing with color; now it has to dye every tile it passes. A stage is cleared when the raindrop arrives at the endpoint, but make sure it does its job meticulously on the road.

● No adventure is without danger

Traps and tricks will hinder the raindrop's grand quest. Players must lead the raindrop through areas with mines, thorns, collapsing floors, etc. With the help of "Focus Action", players can slow down time to micro-control the raindrop. Use it only when needed, however, because it can be activated only one time.

There are also enemies that try to pop the raindrop, and players won't be able to fight them head-on. Instead, use tricks and traps located throughout the stage on them.

● Your raindrop can be more colorful than ever

Raindrop starts its journey as a normal, generic drop of water. During the gameplay, players will obtain many and diverse fashion items. There are colors, accessories, and skins resembling cute animals for players to use to decorate the raindrop.

Skills acquired in the stage will be useful on the journey. Help the raindrop complete its grand quest with those skills!

Monochrome World will be released worldwide on Thursday, May 7 via Nintendo eShop and Steam. Pre-purchase starts tomorrow and a 20% discount is offered during the period.