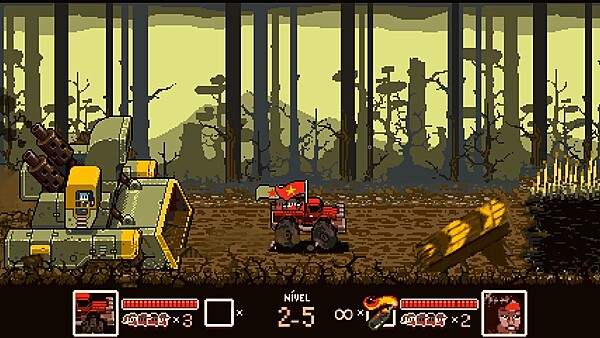 While some people don't believe politics have any place in games, others think games provide a unique way to express those thoughts. The developers of Tonight We Riot clearly wanted to dabble in the political side of their things, and in an interview with Kotaku, dev team member Stephen Meyer talked about providing a different voice.

“There’s tons and tons of games that have been delivering pretty strong political messages, whether they meant to or not. Most of the games in the [modern military] genre are like [neoconservative] fantasies. They enforce this idea that the very best way to make the world a better place is by massive military force, that you don’t need organization and societal change. And there’s lots of xenophobia in there, too. You see these neocon fantasies all the time and you don’t really see leftist fantasies. In our tiny little way, we were trying to be an answer to that.”

Right, because games about real life are a snore.

Sounds like there was a bit of inspiration from Missile Command too, and maybe DEFCON and Spec Ops: The Line. They're the three most notable games to paint military action in a negative light, with all three highlighting the sheer destructiveness of being at war, the first two about large-scale annihilation and The Line showcasing the mental effects of being a soldier on the battlefield.

Honestly, it would be nice to have more games critical of large-scale military action, but it is very easy to make one that glorifies war, or at least glorifies warfare (which is slightly different).