SNK Gals' Fighters came to Switch thanks to "support from a friend at Nintendo," devs talk chances of other NEOGEO Pocket Color ports 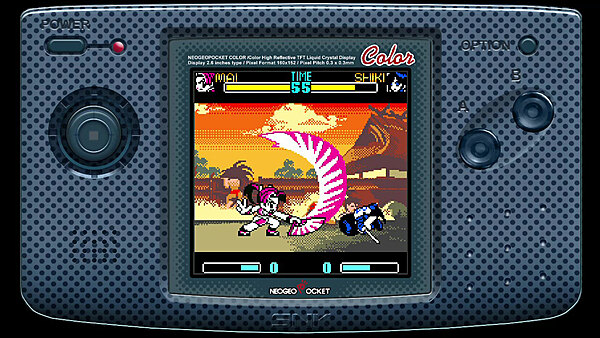 Along with the developers of these ports over at Code Mystics based in Vancouver, we had discussed bringing NEOGEO Pocket Color (NGPC) content to modern platforms numerous times in the past. Unfortunately that never came to fruition for various reasons…

However, is it largely thanks to the combination of Nintendo’s “hybrid” console & portable system being a perfect fit for these retro releases, and the strong recommendation and support from a friend at Nintendo who is based here in Tokyo that we were able to make this happen.

Now that there are two NEOGEO Pocket Color games on Switch, can we expect more down the line? Laatz makes it seem like there's a very good chance.

We can definitely say that as long as there is interest from SNK fans and retro-gamers, SNK is confident and committed to bringing more NGPC content (ports to Nintendo Switch) if the demand is there! Pleased stay tuned for upcoming announcements.

Instead of just one game, how about an entire collection for Switch? Again, Laatz seems like that could happen as well.

While we are monitoring the results of our recent release of SNK Gals’ Fighters on Nintendo eShop and gauging interest from our fans/customers, this is definitely in the cards if we continue to see such a positive response.

While there are a number of paths we can take in order to realize some sort of compilation, thanks to our friends over at partners such as Pix’n Love Editions and Limited Run Games, physical release(s) are definitely a possibility IMHO.

Nice, i hope we'll get Metal Slug 1st and 2nd Mission next.

Only one I'm hoping for is SNK vs CAPCOM, but yeah... not gonna hold my breath for that.

Oh, and I'd be down to buy a physical release of a compilation.

There are not many games worth getting on Neo Geo unless you're into fighting games. And even if there are some good ones, it's doubtful if SNK could ever bother to port them.