Take a look at the North American cover for Harvest Moon: One World 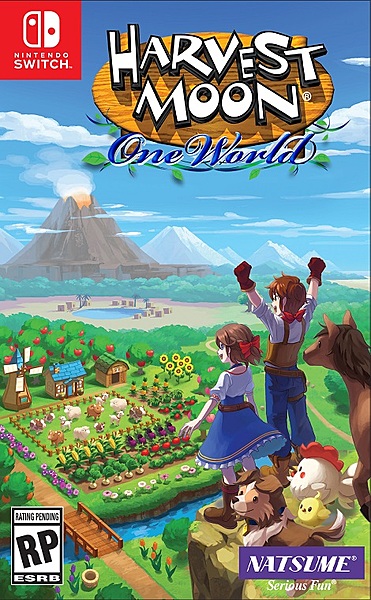 When Harvest Moon: One World was announced, Natsume said that the game would feature a new engine and new graphics. We're yet to see what those graphics will look like, but now we at least have some art to go off of, thanks to the official North American cover.

Unfortunately, it doesn't seem like this art gives us much of an indication of the new direction for in-game graphics, as the style appears quite similar to what we've seen from the series in the past.

Natsume: "You can expect the new Harvest Moon game will have revolutionary features such as: Graphics. Thank you for tuning in today kthxbye."

If this looks like another bargain bin cellphone game I am not holding anymore hope for Natsume HM. Already preordered Story of Seasons Friends of Mineral Town.