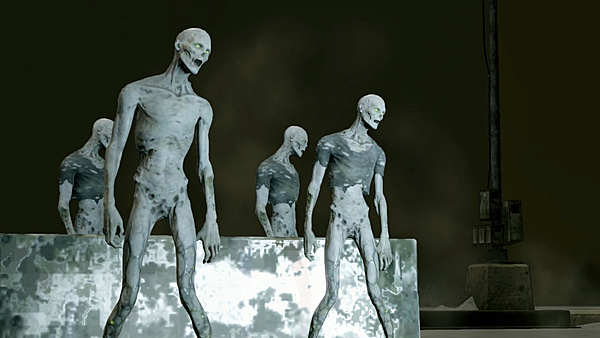 - character details and customization being deleted, leaving just character names, nationalities, and classes
- UI issues
- hacking bugs, where you fail a hack, but characters still come under your control
- melee attacks are possible through walls
- squads teleporting to locations instead of walking there
- camera issues

Some big and small issues alike, but all worth pointing out. Hopefully 2K gets these problems cleaned up in the near future.

A modern xcom game without a bunch of bugs would be strange.

Isn't that really XCOM in general? Don't forget the original had a bug causing the game to be stuck on beginner difficulty and because the devs didn't know this at first that's why Terror From the Deep was made hard to the point that it became more of an annoyance than fair.

Sad to see this is the case. I played XCOM 2 on PS4 (a long time after the patches were released for it), and it was still very bug-heavy. I'm sure they'll make things more stable on Switch than they currently are, but I wouldn't hold out hope for a perfect experience.

I was glad I read the following advice before playing on PS4, because it saved me hours of time. Save often and in multiple save slots. I don't see this bug listed above, but on PS4 it didn't affect the game until closer to the end. There was a problem where save files would be corrupted, and I had two separate save files both become corrupted! Luckily I had a string of 8 saves that I rotated through so I eventually found one that worked, but I can't imagine what I would be like to get through so far and lose everything.

It's a shame too because many people like to play games like this with only one save file so they don't have the option to go back if one of their soldiers died. I would recommend holding yourself accountable instead of trusting the save file, however.

It's also sad to see the character customization is currently bugged. That's one of my favorite parts of the game, designing the characters to be like my friends. It's fun and helps me keep better track of who's who, as well as makes me do everything I can to ensure everyone survives!

All in all, this is one of my all time favorites and I'm glad people can enjoy it on Switch. If you're thinking about buying it, I would recommend waiting a couple months for the patches to help. (Heck, it'll probably be a little cheaper then too!) But regardless of when you play, be very vigilant about having multiple saves.

Frick, this is the 2K port I was actual looking to buy. Guess not if it’s buggy

You mean the game that was atrociously buggy at launch on PC, that remained a mess after multiple patches, is also buggy on Switch?