GoNintendo Feature: 5 games that should be in the Switch Online NES Collection

Let's end the week with something retro, shall we? Time to pay tribute to some NES classics that need a second lease on life! As always, thanks for reading. 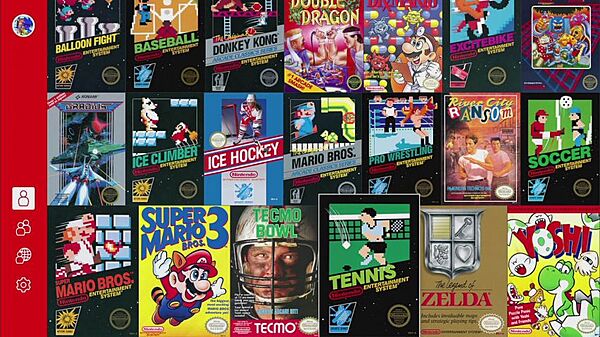 The Switch Online NES Collection has a fantastic lineup of games, but it's a mere drop in the ocean of great NES content. There are plenty of other fantastic games that deserve to be released on the service, some of which showcase the best of what the NES had to offer. We know the Big N has plans to release more NES games on the Switch collection, but while we wait, we've got a few ideas as to what should be next.

Instead of focusing on more first-party efforts, we're turning our attention to third party games that deserve the spotlight. While the Big N certainly cranked out unbelievable content on the platform, there are numerous examples of third party games that stand toe-to-toe with what Nintendo did. We always want more first party content, but let's let the third parties shine this time around! 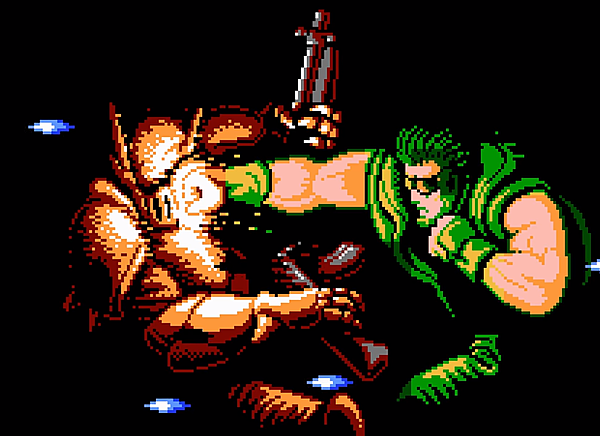 A game about a guy who can punch so hard he destroys robots with one hit. What more could you want?!

Shatterhand, a 1991 title from Natsume, is everything you could want from an NES game at the time. The game's visuals are top-notch, using faux light and shadow to create a gritty, energetic look. The soundtrack is kick-ass from start to finish, as Natsume's music usually was back in the day. The gameplay was fun as hell, letting you punch through any obstacle in your way throughout this side-scrolling adventure. It even had a robot familiar system, which let you bring along mini robot companions that could add more firepower to your arsenal. Definitely a hidden gem of the NES library that deserves another chance to shine. 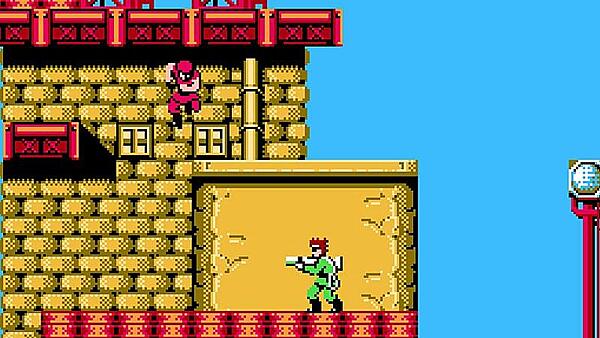 Bionic Commando might seem like just another platformer, but there was one major gameplay difference that turned the genre on its head. Instead of jumping from platform to platform, Nathan "Rad" Spencer had to use his bionic arm to get around. Sure, you could walk left and right, but when you got to a hole or a platform above you, jumping wasn't an option. Your bionic arm could only shoot out at one angle, leading to even tougher maneuvering. This approach made gameplay quite tricky at first, but once you got into the swing of things (pun DEFINITELY intended), moving between platforms and across chasms was a breeze.

Throw in an expansive map with some Metroidvania elements, a handful of top-down action segments, and an upgradeable series of weapons, and Bionic Command shines as ahead of its time in many regards. Plus you get to take down Hitler...or Mr. Badd, I should say. Talk about the ultimate motivation! 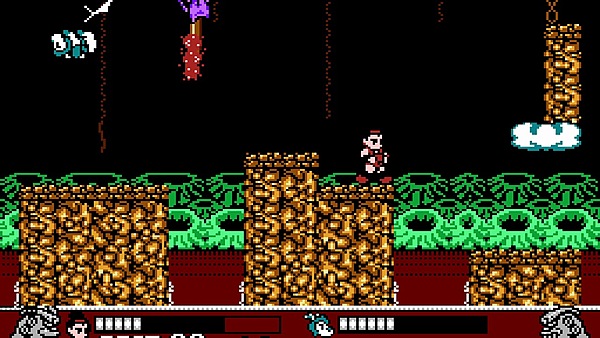 Conquest of the Crystal Palace

The evil Zaras conquered the Kingdom of the Crystal Palace years ago, with just Zap the dog and the infant prince Farron escaping. Now years later, Zap informs Farron that it's time to retake his rightful place at the throne by defeating Zaras once and for all.

Conquest of the Crystal Palace is a 2D platformer that gives you an interesting decision at the start of the game. You're asked to pick one of three different crystals that change how the game plays. There's a flight crystal for improved jumping, a life crystal for more health, and a spirit crystal that gives you an unlimited fireball attack. Once you make your pick, you set off into the ruins of the Crystal Kingdom to put an end to Zaras' evil reign.

Along the way, you'll pick up limited power-ups to give you new abilities, both from fallen enemies and through stores. You can also work alongside your dog Zap to do some damage as well. The adventure is full of perilous platforming and some rather gruesome enemies, along with a fantastic soundtrack to match the intense action. Yet another oft-forgotten title in the NES library that should have another chance at success. 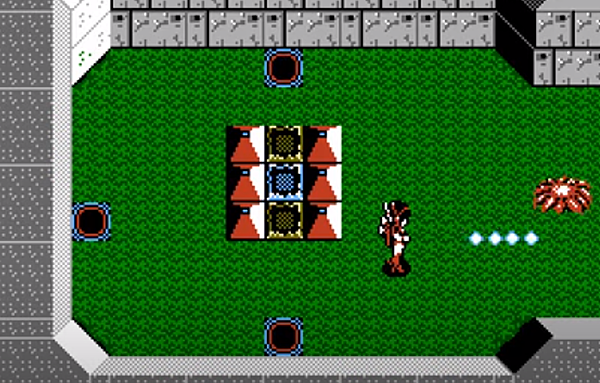 What do you get when you mix together The Legend of Zelda, Metroid, and the shmup genre? You get The Guardian Legend, one of the most unique and ambitious titles on the NES.

The Guardian Legend confused the hell out of many players back in the day, myself included. It meshed together multiple genres to create an experience unlike any other at the time, and it was hard to grasp what was going on. Once you put in some time with it and started to understand all the features at play, you couldn't help but fall in love with the game.

In The Guardian Legend, you play as a character that wanders around in a Zelda-style overworld, traveling wherever you please in search of 10 devices that will set off a self-destruct sequence on an alien planet. You search the landscape looking for power-ups to help you on your journey, as well as bosses to battle. You even get to transform into a ship to take on scrolling shooter sections that break up the on-foot action.

It took some time for people to come around on this one, but for those familiar with the game today, The Guardian Legend represents some real forward-thinking for the game industry at the time. It's still pretty unique compared to most games today! With the way games have expanded and grown over the years, there's no doubt The Guardian Legend would find a bigger audience on the Switch than ever before. 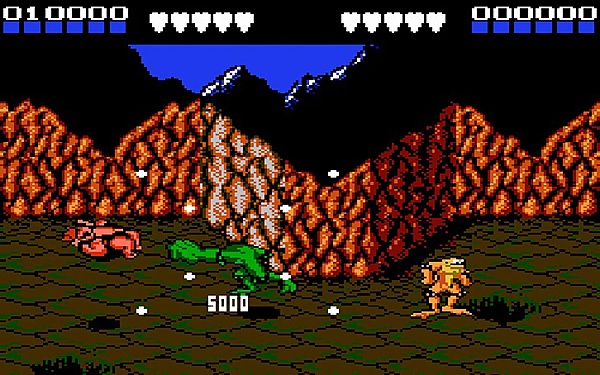 Battletoads pushed the NES to its limits from a technical standpoint, creating some of the best visuals on the platform. It was an amazing mix of technical wizardry and smoke and mirrors to create a really impressive look. It also took the side-scrolling genre and expanded upon it by adding levels with tons of verticality, stages that featured unique gimmicks, and ridiculously tight beat'em-up mechanics. Plus the game was hard as nails, and is still regarded today as one of the toughest games in the NES' library.

Sure, it would take some behind-the-scenes dealings with Nintendo and Microsoft to bring Battletoads to the Switch, but it definitely seems doable. The two companies have a great working relationship nowadays, and bartering for a classic NES release on Switch seems like it would be a simple deal to iron out. Make this happen, Nintendo!

There's five games we think deserve a spot in the Switch Online NES Collection, and hopefully you agree. There's certainly many, many more games that should be on the service as well, and we'll bring you a feature on those sometime in the future!

I have a few more to add

I don’t know the likelihood of any of those, but I’d want them.

The Guardian Legend is among the very best NES games. Fun gameplay, good graphics and excellent music. It more than deserves to be on Switch Online: what I would really love to see is a remaster with HD graphics.

I'll throw some of my favorites on here

They have it on the Famicom version. Just make a Japanese account and you can play it

as for a localised version, don't believe it can happen

Swap out Battle Toads with Holy Diver, and my list would be pretty darn similar. Sadly I think the big reason Bionic Commando is barred from so many rereleases is due to the fact that the game's ending would make the ESRB stupidly raise the rating to M: that's exactly what they did when the remake came out, despite the rest of the game being relatively tame. That and CERO not liking any games with real people in them (Hitler being more aptly named in that version) is also probably what's been holding that one back.

Still... I don't care, they should put it out anyway. I don't think it's that violent enough to warrant bumping NSO above the T Rating it currently has to begin with. It's sad the only means I've had to play the game was via the crappy Retro Bit Generations, where all the sound channels were glitched. Yeah the GB remix is on 3DS VC and it's super good, but it's just not the same.

I'd love to see Duck Tales, Chip 'n Dale and whatever version of Prince of Persia... although these are probably a licensing nightmare.

Why did no one mention Earthbound Beginnings? I thought y'all love mother don't you?