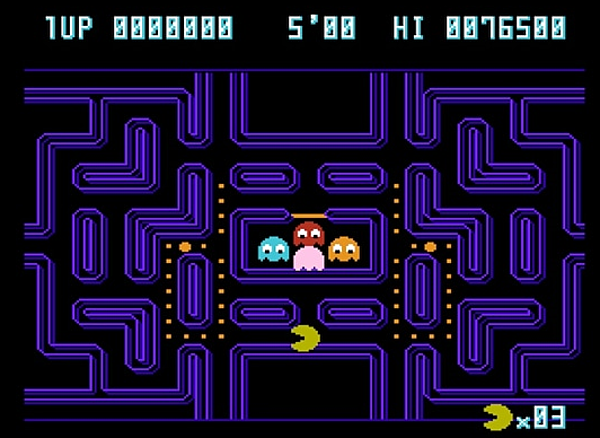 While the Namcot Collection was an exciting package from day one, things got even more interesting last week when a very special game was revealed. For those who buy 10 titles in Namcot Collection, a special version of Pac-Man Championship Edition will be offered. This is a Famicom demake of the original 2007 release, as the Namcot Collection is full of other classic Famicom titles.

With Namcot Collection being a grouping of classic Famicom titles, how in the world did a modern game get commissioned for a Famicom demake? M2 director Naoki Horii explained on Twitter, and you can check out the translation below, courtesy of Siliconera.

Now then… Our company is allowed to do everything we want. Regarding the extra Championship Edition game, it’s becoming something big to the point that I don’t want to call it an extra game.

Originally, this should be sold alone, right? So that as many people would play it as possible? That’s exactly the case, so we originally negotiated to port the game to Nintendo 3DS, and afterwards, we’ve been working on this for around nearly five years. When it was still just a 3DS port, we had already put a lot of effort into completely replacing the soundtrack, but for this game we’ve basically further replaced and remade many things even beyond just the soundtrack…! We worked hard to make this a Famicom game on Nintendo Switch where you can move to the rhythm of the music and the graphics.

While there are some people who knew about this project beforehand, I bet even they will still be surprised at the finished game! I really wanted to release this game no matter what, so I’m glad that we managed to do so even five years later!

Pretty surprising to see that a seemingly humble Famicom demake took so long! No specific reason for the game skipping the 3DS was given. You have to wonder if the demake took so long that releasing on 3DS wasn't viable anymore, or the 3DS version was simply cancelled until a better option came along.

That amount of determination shows that they really care about the quality!