I seriously cannot wait to get my hands on PAC-MAN Championship Edition next week. I love the original release and follow-up, and I'm dying to see how this Famicom/NES version plays. I just had to share my excitement for it! As always, thanks for reading. 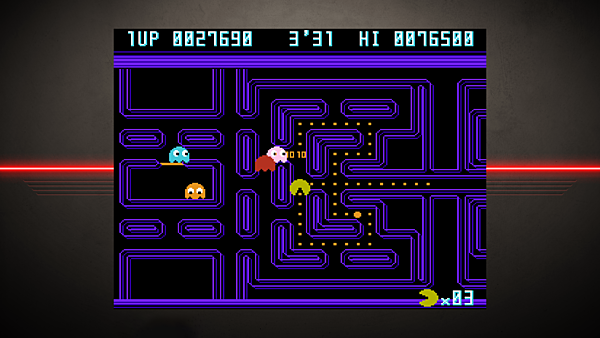 After a Japanese announcement of the Namcot Collection, retailer leaks, and an Asian localization, we finally got word today that Namco Museum Archives Vol. 1 and 2 are heading to both North America and Europe. The collections bring together classic NES/home console versions of numerous Namco classics, including Dig-Dug, Mappy, Xevious, Galaga, Rolling Thunder, and more. It'll be great to have another way to enjoy some classic games with added bonuses, but out of both collections, I'm most excited for the one "new" title included.

Just a couple weeks back, Bandai Namco announced that Namcot Collection in Japan would have a special bonus game. Those who separately purchased 10 titles in the Namcot Collection would be able to download PAC-MAN Championship Edition. This isn't the 2007 title that hit multiple platforms, but instead, a demake of that game. All the other games in this collection are straight from the NES days, but PAC-MAN Championship Edition is made to not only pay tribute to the NES, but also adhere to what was possible on that platform.

Namco Museum Archives Vol. 1 and 2 could have been fun enough on their own. A collection of legacy games from Namco with bonus features like save states, rewind, borders, and more. Fans of those old titles are more than happy to dive into a collection that groups them into two packages, and those quality-of-life improvements sweeten the pot. That said, the addition of PAC-MAN Championship Edition has taken this package and turned it into something really special.

Companies are extremely eager to remake their games nowadays. Remakes and re-releases are a huge deal, and they usually bring in big bucks for the devs and pubs. Take a game that is well known and loved, revamp the graphics and sound, tweak some gameplay mechanics, and watch the dollars roll in. Remakes and re-releases have always been a thing, but they really started to take off during the PS3/Xbox 360/Wii era. When devs and pubs started to see how much cash these reworkings could make, countless companies got to work on making them happen. Nowadays remakes and re-releases are pretty much expected, and are something fans clamor for. 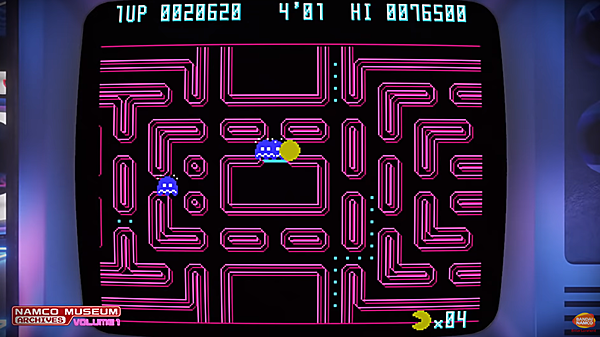 While remakes are commonplace in today's industry, demakes are few and far between. Yes, there are plenty of developers who look to emulate the visual style or sounds of legacy platforms, but that's an artistic choice. Furthermore, that approach is being utilized for a new project. Shovel Knight, Panzer Paladin, The Messenger, and other games in the retro genre are brand-new experiences that are looking to recapture elements of consoles and gaming eras gone by. A demake takes a game that already exists and ports it down to a platform that we've long since moved on from.

Fan-made demakes are somewhat frequent, but official demakes are a rare beast. This is what intrigues me so much with PAC-MAN Championship Edition. Bandai Namco actually gave the go-ahead to take a game from 2007 and port it down to hardware that was thriving in the mid-to-late 80s. This isn't something you see nowadays! It's just so out of the ordinary that I can't help but be excited by it.

The story gets even crazier when you dig into it more. Turns out Bandai Namco worked with M2 to handle PAC-MAN Championship Edition's demake. For those who enjoy retro games, M2 is the king of the ports. The company pays a ridiculous amount of attention to making sure ports of classic games look, sound, and feel like they did back in the day. They know fans of those titles expect the exact same experience when they play straightforward re-releases of those games today, and it seems there's no one better at nailing the minutia than M2.

Just recently, we learned that PAC-MAN Championship Edition was originally going to see release on the 3DS. Now while it's not perfectly clear, it does seem the plan for the 3DS version was to mimic the original release, rather than be a demake. For reasons unknown, the 3DS version didn't end up panning out. Eventually things shifted over to the Namco Museum Archives, and M2 saw an opportunity to do something special. With Bandai Namco's blessing, they went ahead to create an NES/Famicom replication of PAC-MAN Championship Edition. While bringing PAC-MAN Championship Edition to the 3DS would have been hard enough, now M2 was working with a more powerful platform, but limiting themselves even further by adhering to what the NES could do! 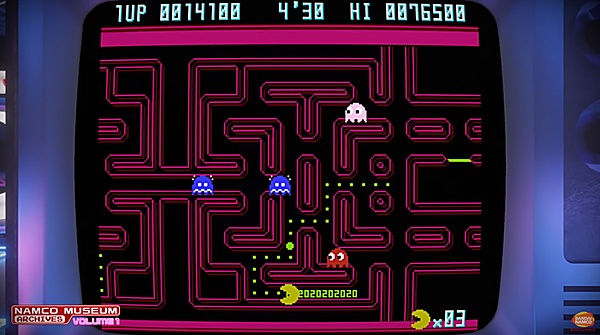 According to M2, the team has been working on PAC-MAN Championship Edition for 5 years now. Again, it's not clear how much of that time was spent on the 3DS version and the Switch version, but it's still an incredible amount of time to work on this one project. Even if the demake only took a year's worth of time, that would still be extremely surprising. All that time spent to replicate a platform that we moved on from decades ago. If anything, it only goes to show just how dedicated both Bandai Namco and M2 are to not just respecting the history of games, but also keeping it alive in new ways.

What we don't get to experience in the trailer is the audio side of things, which I might be even more excited about. PAC-MAN Championship Edition has an amazing soundtrack, full of thumping beats and pulse-pounding music. I cannot wait to see what M2 and Bandai Namco have done for the demake. Will they keep those same tunes but recreate them in a chiptune style? Will they work on all-new chiptune tracks? Will it be a mix of both ideas? I am so bummed they didn't let us hear what was going on in the debut trailer, but it makes me that much more excited to go hands-on next week.

All in all, I think there's one main reason why I love seeing official demakes. When you take a game and try to make it run on hardware that came out decades prior, a lot has to be stripped away. Visuals can't be anywhere near as good, sound is limited, and features have to be cut back. With all that said, the core thing that has to be retained is the fun. A demake is forced to boil a game down to its most essential features, showing what makes us enjoy the game to begin with. When you strip a game down to its bare-bones, you're left with something that either excels in fun or doesn't. I have no doubt PAC-MAN Championship Edition's demake will be just as fun as the 2007 it stems from. 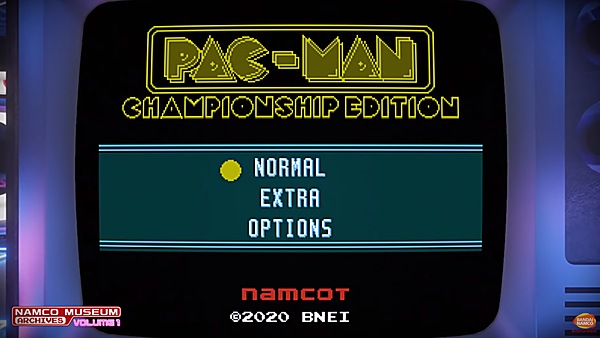