SFB Games talks about Nintendo picking up Snipperclips, and the project moving from Wii U to Switch 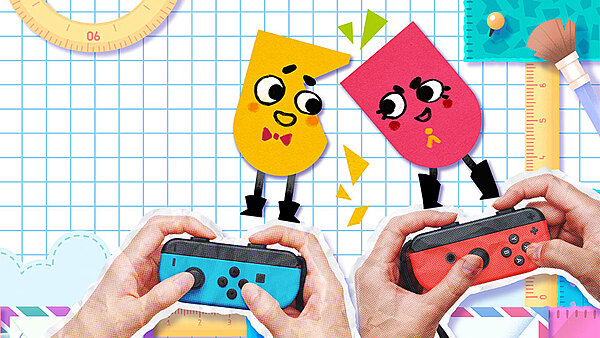 Snipperclips, a brand-new IP, ended up being a launch title for the Switch. It was definitely one of the most unique and engaging games at launch, and is still just as notable 3+ years later.

It's crazy to think that Snipperclips went from an unknown to a launch game for Switch, and none find it crazier than developer SFB Games. The team spoke to USGamer about how the project came to be, and the eventual jump from Wii U to Switch.

SFB Games had originally taken a basic prototype of Snipperclips to EGX to shop around to indie publishers. While they showed to numerous pubs, every single one of them passed. It was a lucky meeting with Nintendo that got the ball rolling. Nintendo played the prototype and obviously liked what they saw. SFB Games' Adam Vian was quite surprised.

"I like to credit Nintendo for having the foresight to look past the slightly rough prototype and see a game that was worth making."

The original plan was to bring Snipperclips to Wii U, but things quickly shifted over to the game being on Switch. SFB Games' Tom Vian talked about how much of a whirlwind experience that was.

"We went from just being an indie publisher putting stuff on the iOS and hoping to get a feature to, oh no, you're going to be day one on the new Nintendo console, and it's a Nintendo game. So it was not even like a curve. This is something else entirely."

You can read more about the creation of Snipperclips, along with their follow-up game Tangle Tower in the full interview here.