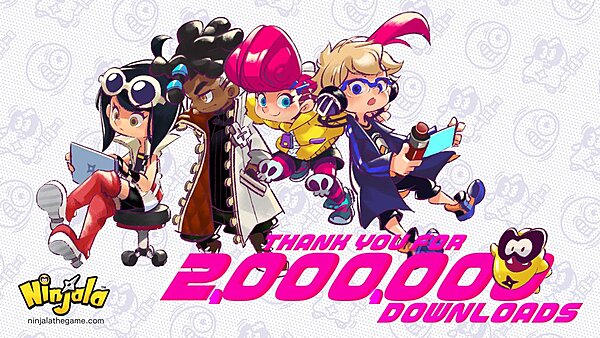 Ninjala managed to accrue 1 million downloads in less than a day, which is a pretty considerable milestone for a new IP, even if it is free. Seems like that was just the start of the game's success, though.

GungHo has taken to Twitter to announce that the game has now been downloaded 2 million times so far. That makes for 2 million players in less than a week! To celebrate, all players will receive a free gift of 100 Jala.