Defunct on sale for just 24 cents 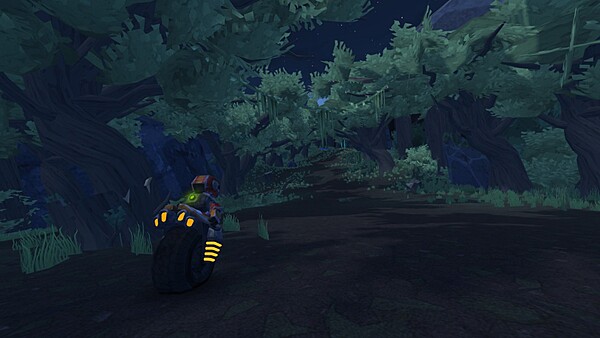 If you're looking for a major sale on the Switch eShop, you might want to check out Defunct. The game is normally priced at $15, but as of right now, you can grab it for just 24 cents! Check out the official details below to see if Defunct might be a game for you.

Defunct is an indie adventure game with a focus on flow, speed and an engaging world.

You are a broken robot that accidentally falls out of a giant cargo ship onto a post-human Earth, now inhabited by robots. You have to get back to your ship before it’s too late!

You are equipped with a Gravitize engine. It is used to create a separate gravity around yourself; this is the main source of your speed. Use this in downhills to accelerate. But be careful, using it uphill will slow you down. In addition to this the world is full of different speed boosts such as Enerjuice, which you can pick up and use to go faster.

Totally recommend it! Its a great game, if youre on the fence, just use your gold points, you wont be disappointed!

I sadly was disappointed, just couldn't get the hang of it and lost interest. Definetely worth trying for such a low price.

I agree, I didn't really like it either. I don't remember what I paid for it, but pretty sure it was 50 cents or less and it was barely worth even that. I've gotten so little enjoyment out of anything I've paid that little for in the eShop.