From drunk ramblings to a pop culture phenomenon
07 July, 2020 by rawmeatcowboy | Comments: 7 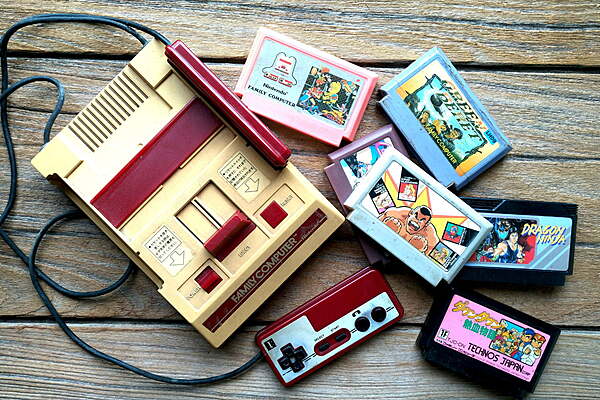 Masayuki Uemura is the man responsible for the Famicom and the NES. While others in the company were making games, Uemura handled the hardware creation from the get-go. Without Uemura, the Famicom and NES could have turned out completely different.

In an interview with Kotaku, Uemura reveals that he didn't even think the request to create the Famicom was real at first. He mistook the mandate as nothing more than the drunk ramblings of then president Hiroshi Yamauchi.

It started with a phone call in 1981. President Yamauchi told me to make a video game system, one that could play games on cartridges. He always liked to call me after he’d had a few drinks, so I didn’t think much of it. I just said, “Sure thing, boss,” and hung up. It wasn’t until the next morning when he came up to me, sober, and said, “That thing we talked about—you’re on it?” that it hit me: He was serious.

Once Uemura realized Yamauchi was being serious, work on the platform began. It turns out Yamauchi had even more impact on the Famicom's creation, as he came up with the color scheme.

The colors were based on a scarf Yamauchi liked. True story. There was also a product from a company called DX Antenna, a set-top TV antenna, that used the color scheme. I recall riding with Yamauchi on the Hanshin expressway outside of Osaka and seeing a billboard for it, and Yamauchi saying, “That’s it! Those are our colors!” Just like the scarf. We’d struggled with the color scheme. We knew what the shape would be, but couldn’t figure out what colors to make it. Then the DX Antenna’s colors decided it. So while it ended up looking very toy-like, that wasn’t the intent. The idea was making it stand out.

It's very kewl that we're still getting little nuggets of information like this about the creation of a revolutionary piece of hardware 35+ years later.

I've heard Yamaguchi was... quite the character in life. It says a lot about how his employees thought of him when they can mentally brush him off like that, though.

Yamauchi was an incredible business man. Nintendo would never be where it is today if not for his brilliance in strategy. Meeting Walt Disney, and their whole deal with playing cards using Disney characters cemented the direction would go in. I remember reading that Yamauchi was very impressed by Walt and all his empire, and decided to create his own "Disney-like" empire on a new medium. It was just genius.

The fact that you bring up a meeting with Walt in a positive light in an article describing a drunken phone call to one of the subject's employees and that employee doing exactly what I described reminds me that mankind is overdue for extinction. /hyperbole

So then why did NOA decide to give us a grey and black toaster?

That's because of Atari crashing in the early 1980s that stopped the video game market and nearly killed it in the US making US retailers skittish on offering retail space for any video games. When considering bringing over the Famicom, it was decided that it should look more like a kids device than an actual video game system. So it was decided to turn it into the famous gray side-loading "toaster" along with Super Mario Bros., R.O.B., and the NES Zapper for Duck Hunt during the early NES life cycle.

These changes single handedly resurrected the video game market in the US and made retailers less afraid to stock Nintendo products and later other video game products not by Nintendo (like SEGA with their 8-bit Master System).

You'd think such a regular on the site would know this crucial piece of history, but alas. Thanks for clearing it up for our misinformed comrade Ngamer.