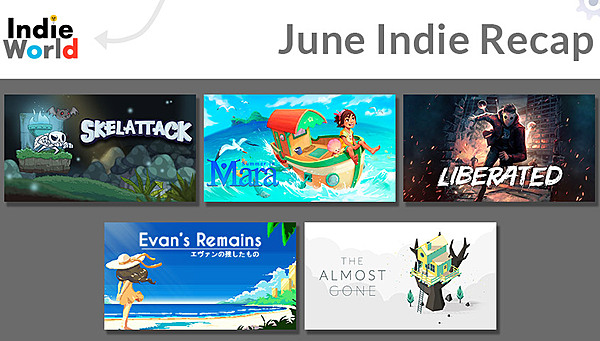 A ton of great independent games (also known as indies) are coming to the Nintendo Switch™ system every month. Below, you’ll find a few of the most recent releases.

Being dead isn’t so bad when you live in the Underworld…unless it’s being invaded. The elder skeleton has been kidnapped and the Blue Flame that kindles the spirts of the dead is in danger. It’s up to you and your best bat friend Imber to defeat the invading forces and save Aftervale.

Discover the story of Koa as you farm, craft, and explore a group of tropical islands. Customize your island while you encounter numerous quests, meet new friends, and experience day and night cycles that affect the world.

Immerse yourself in a dark, rain-soaked city and use your wits to find truth. Hack systems, avoid detection, and solve puzzles as you make your way through the dramatic story of this hand-drawn comic adventure.

Years after a boy genius named Evan disappears, a bizarre letter addressed to Dysis arrives. As Dysis, you’ll travel to an uninhabited island to solve an intricate series of puzzles, unravel the entire mystery, and bring Evan home.

Experience a narrative puzzle game about death, loss, and mental health through intricate dioramas. Poised between life and death, you must unravel the truth that led to your fate. Piece together objects and memories to reveal more of the story.