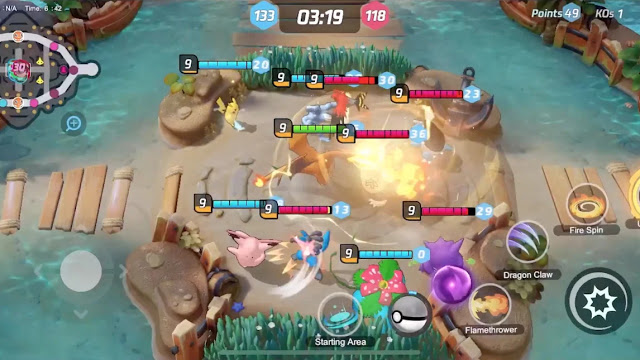 I think it's safe to say that the reveal of Pokemon Unite has been quite a rocky one. The Pokemon MOBA has rubbed people the wrong way since day one, and in a recent interview with Dime, Producer Masaaki Hoshino tried to set the record straight on some finer details. Check out a recap of that interview below.

- expanding the Pokémon IP to different genres is difficult, and Unite was realized in large part due to Tencent’s expertise
- it is a ‘strategic team battle game’ and not just another ‘MOBA’
- timing of launch is not yet decided, due to translation and development progress
- the game is aimed at all Pokémon fans and also new fans, both old and young
- the genre is already popular among young gamers in China / East on mobile
- the game is on Switch for the West / NA for those who prefer physical controls over touch
- there will be no eSports focus initially, but the game could become an established eSport if the player base pushes things
- there is interest in doing a world championships like with Pokken Tournament

Thanks to Dondom95 for the heads up!
Submitted by: dondom95
Source: Link
Rating: -3