Add a personal touch to your character in these Switch games

Customize to your heart's content
15 July, 2020 by rawmeatcowboy | Comments: 0 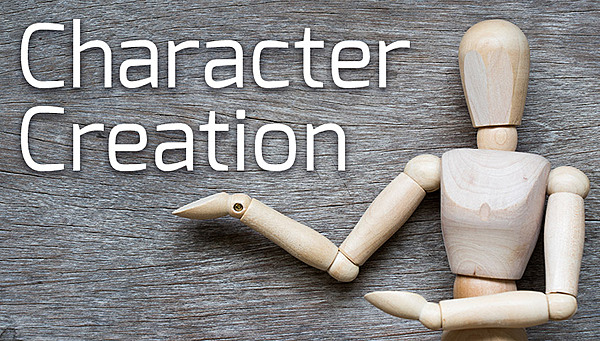 Nintendo is really going hard with these Switch game suggestion features recently. They're back with another rundown, this time looking at Switch games that include character creation. Check out the full feature below.

Whether you’re looking for a more immersive experience or to get creative, sometimes you just want a game that lets you customize your character’s appearance. From haircuts and colors to facial features, each of these games offer players expansive character creation tools, so you can add a personal touch to your gameplay.

Delve into a dark fantasy universe stricken by the Curse. Explore the intricate world design, full of hidden passages, dungeons, and secrets. Use weapons, arms, magic, and crafting combinations to create your own playstyle and experience.

Dragons, long lost to the passages of the Elder Scrolls, have returned—and the future of Skyrim hangs in the balance. As the Dragonborn, the prophesized hero born with the power of the Voice, you are the only one who can stand amongst them.

Hunting season is open! Choose from 14 different weapon types, mix and match them with Hunting Styles and Hunter Arts, or even play as an adorable (but ferocious) Felyne in Prowler Mode. Join up to three hunters for local* or online** multiplayer action!

Along with three AI companions, you’ll embark through a land where dragons, chimeras, and other fabled monsters roam. Choose between three different starting vocations that can develop into additional vocations as you play.

As a mercenary, defend the planet through high-speed combat against enemies in a series of missions from the cockpit of your fully customizable mech. Head to The Lab to change your appearance, gender, suit colors, and more. You can even upgrade your body to improve your Arsenal’s overall potential.

After a catastrophic alien invasion, the Saints have been transported to a bizarro-Steelport simulation. With homies new and old at their side, and an arsenal of superpowers and strange weapons, they must fight to free humanity from alien granddaddy Zinyak’s mental grasp.

After years of hiding in the shadows, XCOM forces must rise up to eliminate the alien occupation and save humanity from extinction. This collection comes with four DLC packs and the game-changing War of the Chosen expansion.

Lost in transit while on a colonist ship, you awaken decades later only to find yourself in the midst of a deep conspiracy. As you explore and encounter a host of factions vying for power, who you decide to become will determine the fate of everyone in Halcyon.

Explore a world that reacts to who you are and the choices you make. With five races to choose from, select your role and embark on an adventure, or gather up to three additional friends** to help lay waste to an oppressive order in a world afraid of magic.

My Time at Portia:

Restore your Pa's neglected workshop to its former glory by fulfilling commissions, growing crops, raising animals, and befriending the quirky inhabitants of this charming post-apocalyptic land! Help the locals rebuild the town and uncover the secrets that lie beneath it.

From the blacktop to the hardwood and throughout the Neighborhood, NBA 2K20 will have you feeling like you’re getting ready for the league. Experience numerous modes, an expansive WNBA roster, legendary teams, and MyCAREER, which features topical storylines and a star-studded cast.